The demand for UK holidays has never been greater. Uncertainty surrounding overseas travel coupled with the imminent school summer holidays has created unprecedented levels of interest for hotels and holiday parks, campsites, and cottages. But if you’d like to avoid the melee and incorporate a degree of driving into your holiday, what’s the best way to visit the parts of Britain that made it great?

The humble caravan has been a regular sight on our roads for over a century with one-in-seven Brits holidaying in a touring caravan during the 1960’s. Driving tests were as basic as the cars and caravanning ‘kit’ was somewhat rudimentary. Fast forward almost 60 years and caravans are equipped with air conditioning and American-style fridge-freezers, while roads demand increased levels of concentration.

Our family caravan and my IAM RoadSmart membership both arrived by accident. I raced motorcycles for several years and a rookie mistake meant I was off work, had time on my hands, and agreed to a camping trip with friends. Exploring the UK in a cost-efficient manner was great, as was being at one with nature, but I wanted a few more creature comforts. In essence, I wanted to go camping without actually camping. What began as an accidental holiday evolved into caravanning trips across 30 countries, some of which would’ve been ‘interesting’ without IAM RoadSmart training.

Another accident led to my IAM RoadSmart membership. Once my (then) three-year-old son had recovered, I looked back at the efficiency of paramedic response units, the Air Ambulance team, and hospitals which are all too easy to take for granted. Wishing to give something back, I approached my local Blood Bike volunteer service and gained  advanced rider membership in the process. 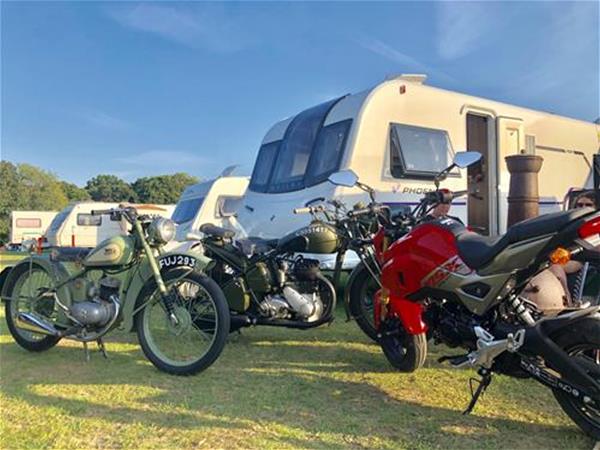 As the IAM RoadSmart and caravanning jigsaws merged, the all-important observation and planning phases of training incorporated themselves into our caravanning holidays. And although a Mercedes Vito towing a twin-axle Bailey Phoenix caravan needs considerably more tarmac than the average motorcycle, building my towing confidence with IAM RoadSmart-style analysis meant our trips progressed from two nights by the coast to 21 countries in 21days.

Our reason for buying a caravan was to spend more time as a family and joining the Caravan and Motorhome Club granted us access to 2,700 sites. This allowed us to surf Cornwall’s coastline, gorge walk along rugged Welsh rivers, and cycle along various dedicated routes that criss-cross our country from the tip of Scotland to Cornwall’s Atlantic Coast. 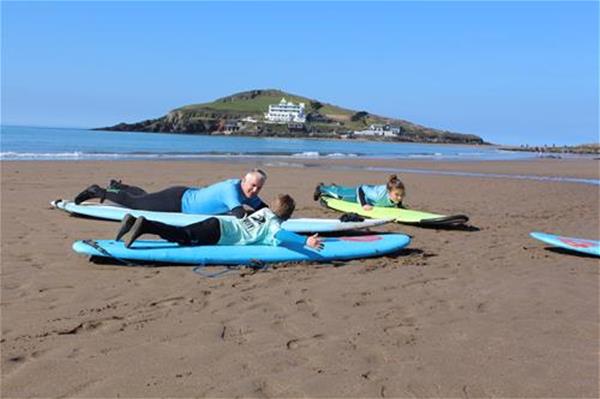 Non-caravanning folk often ask what it’s like to tow a caravan, and thanks to the processes that underpin every type of IAM RoadSmart training, this relaxing and methodical approach allows me to spend precious moments with the family or ride a motorcycle in a safe and progressive manner.

Caravanning may seem a million miles from an all-inclusive holiday, but rather than staying put for the duration of a 14-day package deal, towing your accommodation allows you to chase good weather, favourable tides, ever-changing surf conditions and locations that range from city centre to remote moorland.

Caravanning’s stereotypical image may suggest otherwise, but the limit of any caravan holiday is your imagination. With a dollop of IAM RoadSmart driving know-how and a well-chosen pitch, we’ve crossed the UK from coast-to-coast, marvelled at 1940’s weekends and combined motorcycling with caravanning. I’ve launched myself from Bognor Pier as a Birdman entrant and entered the Welsh Open Stone Skimming Championships. Yes, that’s a real sport and my son is now the Under 13 Welsh Open Stone Skimming Champion. As Dorset residents, we’re over the moon.

Author, Charles R. Swindoll, said “Life is 10 per cent what happens to you and 90 per cent how you react to it”. Two separate accidents led to caravan ownership and IAM RoadSmart membership, both of which have enabled us to make some truly fantastic memories. A relaxed IAM RoadSmart mindset means our holiday begins the moment we hitch-up the caravan, with the destination changing to suit our mood. It’s also underlined the fact that a large budget doesn’t necessarily guarantee lifelong memories. When asked about favourite moments, my kids reflect upon sun-drenched moorland picnics or kayaking trips along the coast. The 2020 ‘staycation’ may have arrived by accident, but it’s certainly worth embracing.