Has technology gone too far?

I recently attended the Young Driver Focus event at the RAC Club in London with our CEO Mike Quinton - it was my first time going to this event so I didn’t know what to expect, but the 15 or so presentations in the day certainly kept me on my toes.

Not only was it a great way to meet new people, see what new innovative methods are being used to improve driver safety and reduce KSI figures (killed and seriously injured), it also made me face the realisation that I was no longer in the ‘young driver’ category.

There were numerous talks which consisted of reports on inexperienced drivers and high crash rates, the relationship between a learner, ADI (approved driving instructor) and parents, the graduated driving licence scheme, a hazard perception test using virtual reality, and research into autonomous vehicles - which is the bit I found really interesting.

Professor Gary Burnett, Chair of Transport Human Factors at University of Nottingham, conducted research to compare the difference between young drivers and older drivers to see how they coped with vehicle technology. 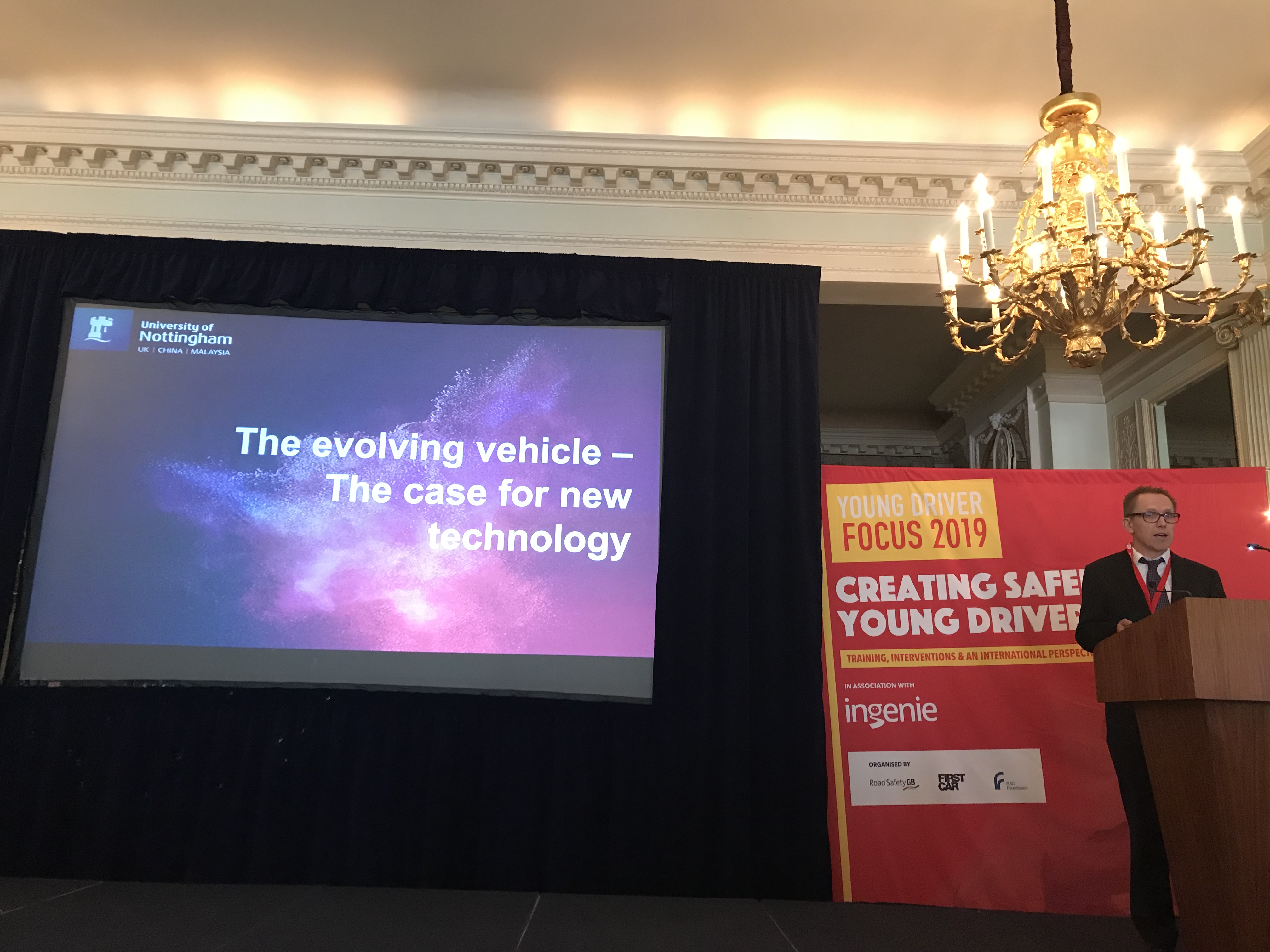 The task was undertaken across five days and made drivers sit in a simulator which acted as a level three vehicle. These are cars that will be able to drive themselves on the road with the driver sat behind the wheel in case it asks them to intervene. The car would give drivers the option to drive itself – and then on the fourth day, just as they were getting comfortable carrying out non-driving tasks, the car alerted drivers to unexpectedly take back manual control of the vehicle.

Watching the videos from the first day of these sessions was quite an eye-opener. Drivers would ask the car to take full control of the vehicle. When the car started driving on its own, drivers’ hands hovered over the steering wheel with a sceptical and worried look on their face.

On a serious note, there were some key findings from this research. Young drivers had more confidence in the technology and trusted it a lot quicker.

When allowed the option for the car to drive itself, they took this up almost immediately. They then sat back to do non-driving tasks such as using their phones, laptops and snacking in the driver seat.

However, when the vehicle asked them to get back into the ‘driver’s seat and drive manually, their reactions to get back in control were a lot slower than drivers over the age of 30. But younger drivers were better at resuming control of the vehicle.

Now, if I’m being honest I am a little sceptical of this research. I embrace technology and I think it can really contribute to road safety - if drivers are made aware of how to use it properly, along with educating people on how to become better drivers. But I do have a couple of issues with it:

I prefer driving on my own as it’s when I enjoy it most. I get to listen to my favourite music, practice those advanced driving skills to get me one step closer to my IAM RoadSmart test, and I feel confident and relaxed behind the wheel.

It can actually be quite peaceful; it gives you a break from your work (unless driving is your job, of course), your phone and also gives you a chance to have some ‘me’ time.

I like having to adapt my driving behaviour for different situations and roads. But when you’re sitting in a driverless car, there would be no fun in driving on an open road, or country lane or even up the A1(M).

It just gives people another chance to be glued to their phones or tablet - I know, ironic coming from someone who works in digital marketing. So for now, I’m happy driving my manual car and leaving my technology at home!