A Slovenian road trip through the mountains

During July, I visited Lake Bled in Slovenia for a week where I hired a car for the majority of the time. My nerves had already kicked in a week before my trip at the thought of travelling on the “wrong” side of the road.

After heading to the car rental depot, I was handed a piece of paper which stated the damage already on the car. I inspected the vehicle and compared them to the notes on the sheet. There were a good few scratches on the front bumper – now time to check the back. The rear bumper had two gaping holes. It literally looked like the previous driver had reversed the car into a tractor’s fork.

But I did choose the cheapest option when booking a hire car, so I didn’t expect much. The car rental guy then handed us the keys and left. As we hopped into the car, a police officer knocked on our window and asked for our ID and documents. Apparently we were parked in a pedestrian-only zone. I tried to explain that the car had been here when we picked it up but he wasn’t having any of it. Thankfully, our car rental guy must have seen the officer as he drove away, as he came back and managed to blag his way out of the situation. A great start to the holiday!

On the first day I had my car, I planned to visit the nearest of my excursions which was only a 20 minute car journey – just the right amount of time to get comfortable on the road - and to get to grips with going around the roundabout from the right hand side! Luckily, I had hired an automatic so the only thing I had to concentrate on was staying on the right side of the road.

Considering I was near to having an anxiety attack at the thought of driving in Slovenia, I was doing pretty well. A few cars did overtake me, but I was driving to the speed limit and proceeding safely and calmly. And the surroundings definitely helped put me at ease as they were stunning. 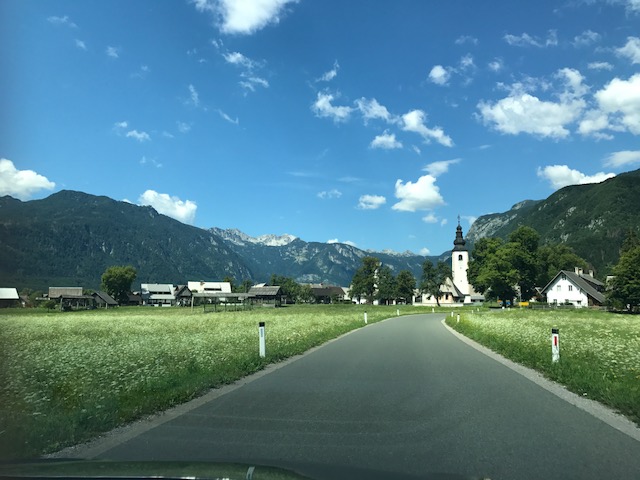 The big driving challenge was the day after where I had a one hour 30 minute drive, with half of it being on very narrow roads. I always plan my trips beforehand, so I was aware of the difficult journey. But I had a huge lump in my throat every time I looked at the route on Google Maps. It was daunting. Very daunting. I turned off the main road which became very narrow, very quickly. The road, which only had enough space for one car, took me up through the mountains, with only a small barrier keeping me safe from the edge. The psychological fear factor of being so close to a mountain edge unnerved me a little, but to my own disbelief, I managed to reach my destination with ease. The intimidating roads were definitely worth the view. 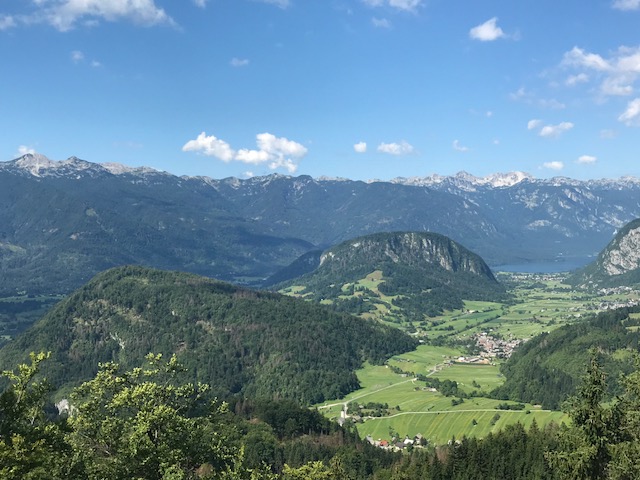 I felt like I could conquer any driving experience after that journey. However, the next day took me 1,600 metres high into the mountains with a ridiculous amount of tight bends. I took one sharp turn at a time and carefully and continuously looked ahead to plan whether I needed to give way. My confidence started to build and by the time I had reached the top, I’d driven my nerves away.

But just as I thought I’d fought all my fears, I decided to put myself in another challenging situation.

Facing your fears makes you stronger, right? A day later, I’d booked a journey on the Slovenian Motorail. Around 15 cars (including mine) were parked on a platform, which then linked to a train and that took you through the mountains. The only thing that stopped the car from moving was our vehicle’s handbrake and a thin barrier beside the car. This journey literally felt like a rollercoaster. We travelled through a long tunnel where it was pitch black until we neared the end where the lights felt surreal – like something out of Willy Wonka and the Chocolate Factory. As scary as this journey was, it was well worth it for the bizarre experience. 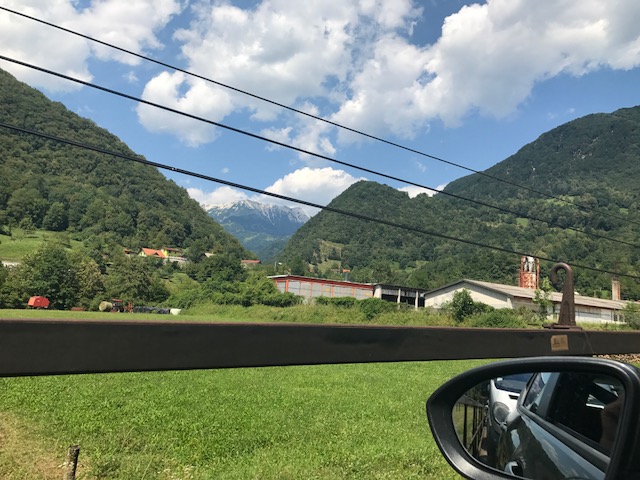 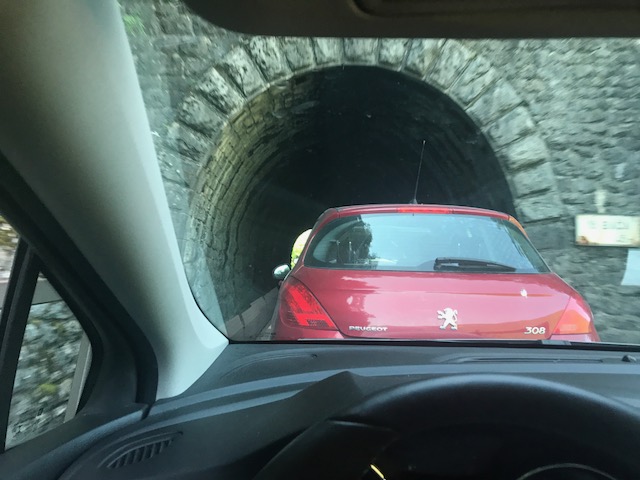 Although I’d driven in Iceland a couple of years ago, I felt like this was much more of a challenge. But I like a challenge to try and better myself, and I definitely felt like this holiday improved my driving skills. Not only did it increase my awareness of my surroundings, I experienced all sorts of roads from motorways, very narrow one-lane roads, windy uphill and downhill roads and beautifully scenic routes.

So if you’re thinking of driving a car abroad but the nerves are stopping you – if I can do it, so can you. And you’ll feel a great sense of achievement once you’ve done it.