Aside from IAM RoadSmart and Tottenham Hotspur, one of my pleasures in life is buying and selling vintage toys and games, and every now and then my work and leisure worlds collide (not the best word to use I guess!)

Recently I purchased two old games both of which sought to provide children’s entertainment and amusement whilst also delivering some sensible road safety knowledge.

The first is an unusual spin on a timeless classic game – tiddlywinks (just how many ways are there to spell that word?) and the second a complex gargantuan game from 1948 called Highway Hazard and supported by ROSPA. 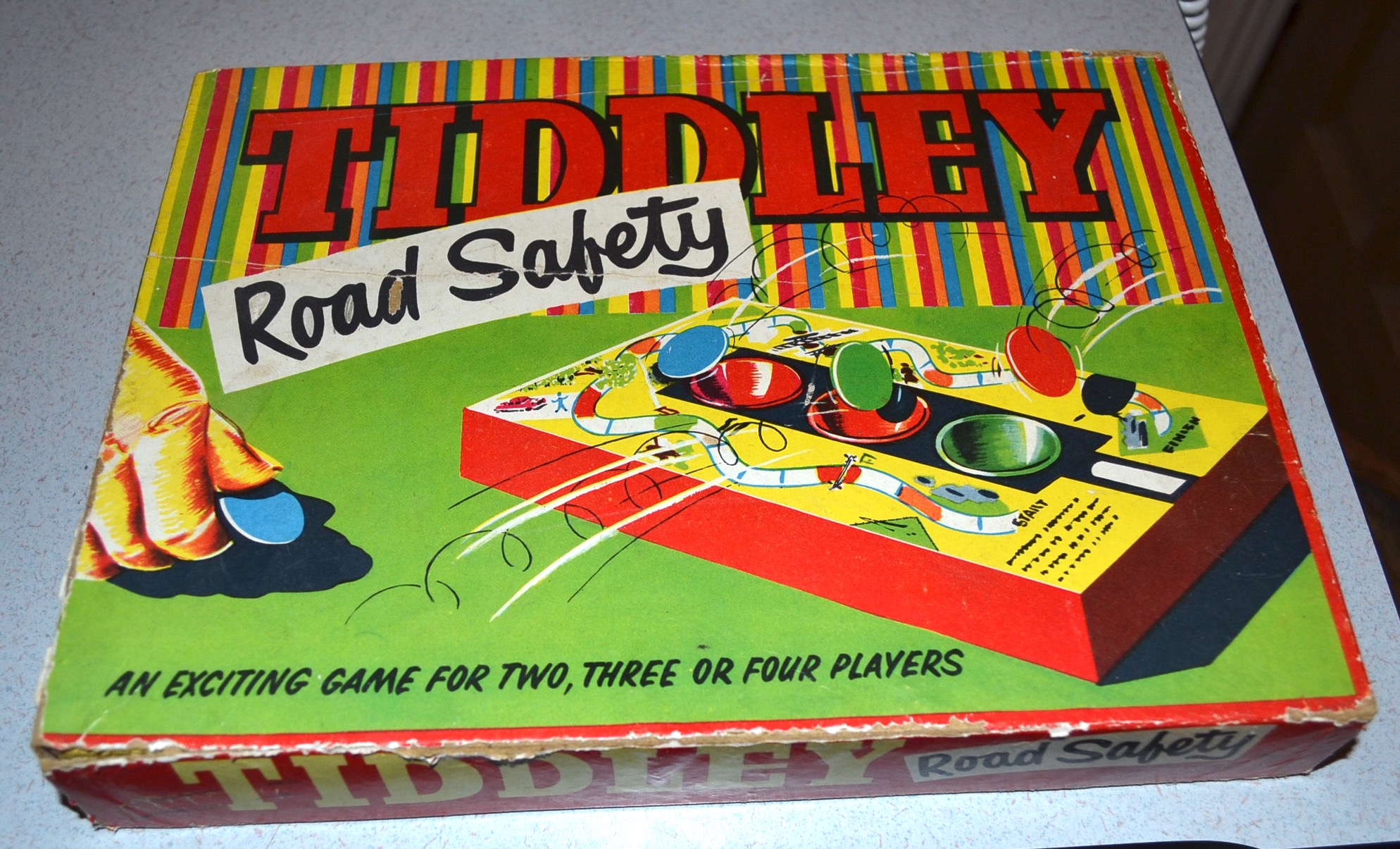 Tiddley Road Safety is a cracking little game with three cups to shoot at with your winks – red, amber and green coloured of course. If you land in the green cup then you move your car forward on the game board. 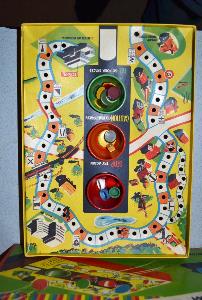 The game board has plenty of hazard squares featuring road signs of the day – in the days when the diagonal black line on a white background meant ‘no speed limit’ rather than ‘national speed limit’. 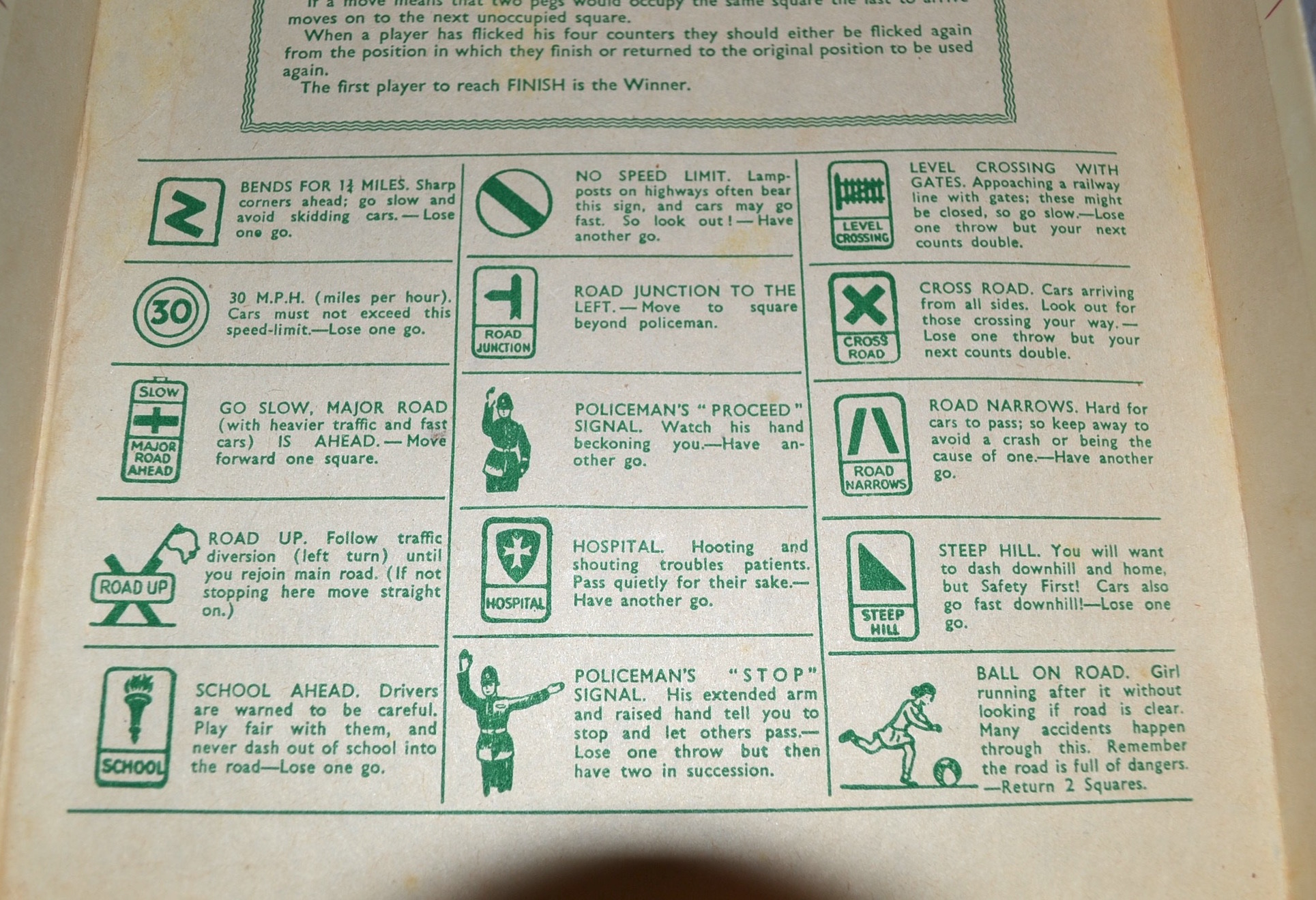 Children of course would then see the roadsigns in real life and relate them back to the game, a Highway Code education by stealth means!

We’re on a highway to hazard 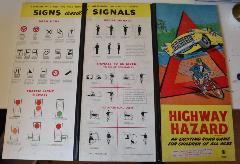 Highway Hazard, ‘an exciting road game for children of all ages’, is a mighty beast of a board game with a triple fold out board and huge double sided reference card plus twelve delightful playing pieces – drivers, cyclists and pedestrians all set out to avoid carnage and mayhem on the roads.

Strangely there are no motorcyclist playing pieces, maybe they are all safely enjoying a bacon roll at their favourite roadside café. Or more likely from 1948 their machines have broken down somewhere. 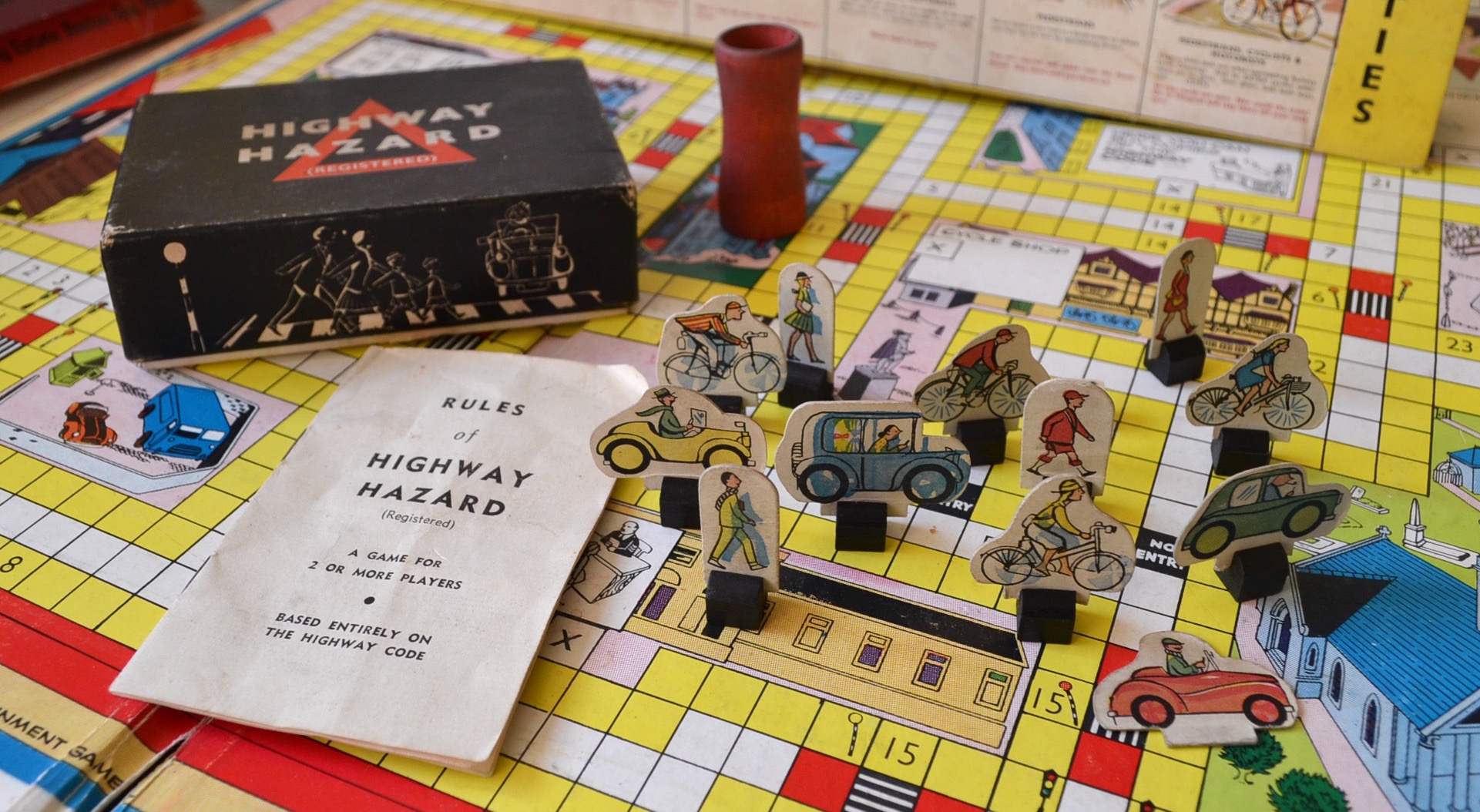 Yet again the game delivers road sign knowledge plus traffic light phasing and a glossary of hand signals – including signals to be given to police constables.

Back then in a time of no TV, limited radio, basic telephones (that you used to talk to people with) and no sign of anything called the internet or social media, the world was a very different place. The roads were clear, apart from post war rubble and building sites and yet there was still the need to educate children and young adults on the dangers of the roads.

The country has made massive improvements to our road safety statistics – road design, vehicle technology, driving and riding tests, education and skills development have all played their part.

Then, as now, children and young adults remain the group that need our help and support the most – the most recent road safety statistics show an increase in incidents involving these age groups. Our work continues.