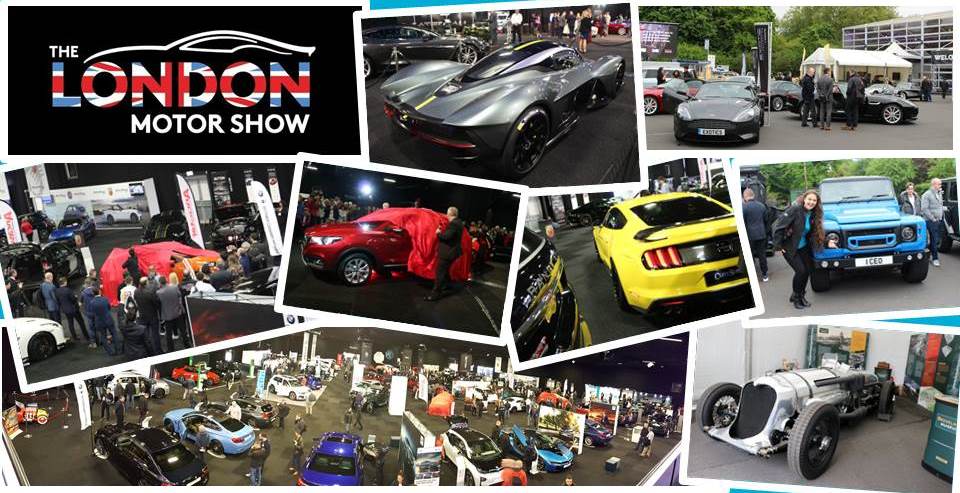 On Thursday 4 May 2017 I headed up to Battersea Evolution in Battersea Park to the London Motor Show (LMS). As part of the events and activities planned for our 2017 Year of the Observer initiative, our hard working observers, examiners and group officials had been invited to attend a VIP Drinks Reception on the Thursday evening, the LMS’s opening day, and I was delighted to be there as part of the IAM RoadSmart team.

The event was the second LMS held, after being successfully relaunched in 2016, and promised over 70 exhibitors.  Some amazing vehicles were on display, and four new models such as the MG XS were launched at the show, so there was plenty to see.  I must admit, having rarely gone to such events, I wasn't too sure what to expect, and enjoyed the opportunity to spend the afternoon exploring, talking to exhibiters, and taking some snaps before the evening event.  I think one of my favourite cars was the Aston Martin Valkyrie and the BAC Mono, definitely not ones to take the family out in, but very nice indeed!

In the evening, the sparkly lights were turned on which made the cars glisten even more as the invited attendees entered. At the start, the show was formally opened by HRH Prince Michael of Kent, GCVO.  It was a pleasure to see so many of our wonderful local group members who had taken advantage of the invitation, and provided a fantastic opportunity to chat to them.  Sarah Sillars, IAM RoadSmart’s chief executive and Paddy Hopkirk, IAM RoadSmart’s mature driver ambassador also joined us to mingle.  I do hope everyone who attended enjoyed the event. 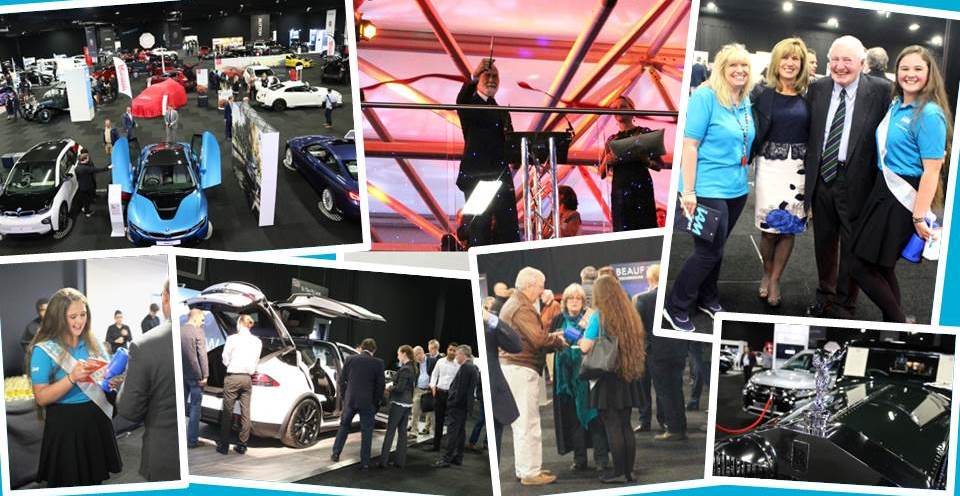 During the course of evening Rebecca Ashton, IAM RoadSmart’s policy and research campaigns manager and I began our campaign to sell raffle tickets.  There were some great prizes on offer, and fingers crossed some of our local group members won something!  Please do let me know if you did :) The £400 we raised from selling the tickets was given to the IAM RoadSmart charity, a great boost!

On Saturday, it was back to Battersea for me.  IAM RoadSmart had been invited to give a 15-20 minute presentation: ‘IAM RoadSmart helps make better drivers’, as part of the LMS Lecture Theatre Programme, and I was excited to be offered the opportunity.  It was a little daunting to say the least, as the programme included Ben Collins, Richard Noble and Matthew Avery, and I was following Jodie Kidd in conversation with Tiff Needell!  However I'm pleased to report all went really well (phew!). Click here to find out more about the guest speakers.

Saturday’s atmosphere was very different to Thursday’s, as the event was at full capacity. I heard a mention of about 10,000. I know at one point entry was on a one out-one in basis, so this was fantastic opportunity to get the IAM RoadSmart name and message out there and I was honoured to do it.

Lecture hall one wasn’t a designated room as I was expecting, but  a third of the main hall’s mezzanine area, the remainder being occupied by one of the cafes. So in addition to the 50-70 folks sitting in the lecture area, there were a few hundred more in the café area who were able to hear me talking about IAM RoadSmart. It was good to see many were paying attention and clearly listening.  After completing my presentation I found out that my talk was actually broadcast across the whole venue (gulp!), so reaching many more. 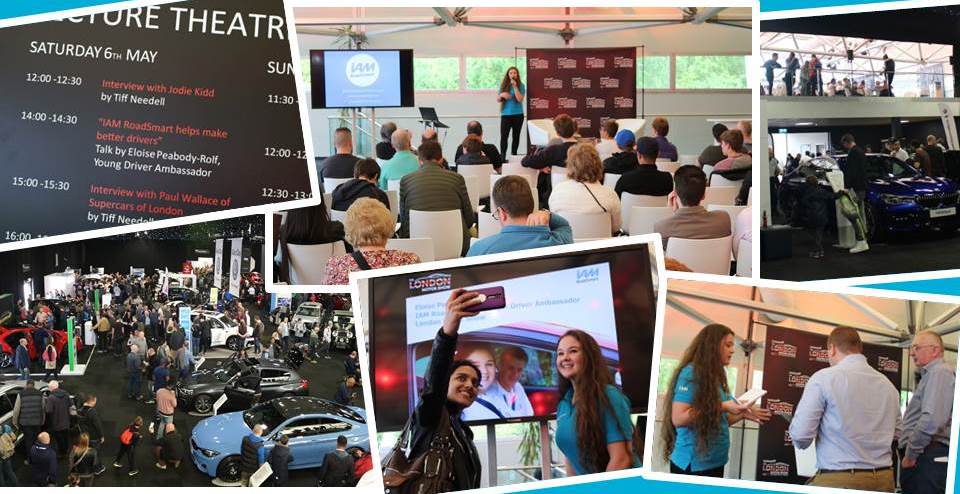 All in all it was a great experience.  Even if the attendees didn’t see the presentation or weren’t particularly listening, they would have heard our name and what I was talking about.  Before I started my presentation I had someone ask for a selfie with me which made me smile :P  I also had a number of  people speak to me afterwards about doing their advanced driving course, also what we can offer young drivers, which was very satisfying.