A driving ambition – Life on the road after strokes

Blog post posted on 31/05/17 |
3 x
Insight
I have been fascinated with cars and motorcycles from the age of 17. I took up driving lessons and passed first time and that started it. I had a brilliant driving instructor who luckily gave me some advanced type of training before I had even passed. I celebrated passing by buying a motorbike (I never seem to do the normal thing!). 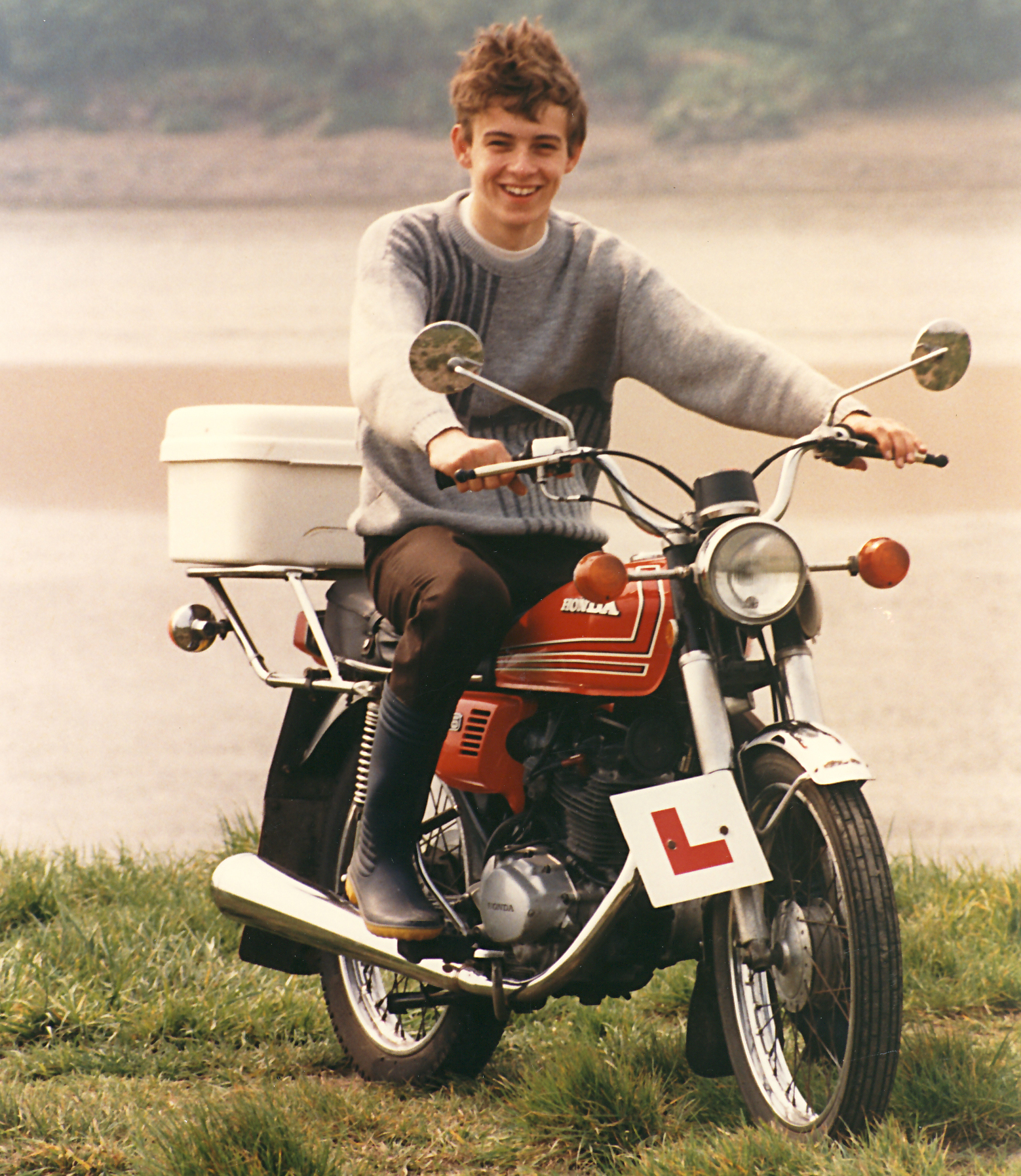 
My love of cars and motorbikes has continued since then and I now run a company called Dynamic Mouldings. We restore fiberglass bodies on race, kit, classic cars, motorbikes and also take care of tractors as well. Not to mention anything else that people claim cannot be done.

It started small and still is small really, but it has grown from my garage into a 1000 square foot workshop with one other full time employee. We have even had our work featured on the TV programme Wheeler Dealers twice and are now well known in the classic, kit and race car industry with an enviable reputation.

This has led to me being regularly invited to drive race cars on the tracks and in October 2014 I was invited to drive an Onyx Firecat kit car with a 1.8K series engine in a chassis weighing only 500kg on Prembry race circuit. This was the car that very, very nearly killed me, even though I did not crash!

The story of that day which has affected almost every single part of my life since started well. The driving was excellent, although (now I look back) a couple of other drivers did mention their surprise at how fast in the bends I had been during my circuits. Little did I know it at the time, but I later learned that during that day I had suffered some serious damage to my health that would change my life forever.

In the late afternoon of the same day of my stroke, I attended the doctors about some headaches I had been experiencing for the last month. Although in hindsight those headaches were a warning of a serious problem looming, the doctors diagnosed me with a virus that they believed would pass.

On the way back from my appointment and believing all was well, I popped into a hardware store for some work supplies. Whilst there, I noticed that I was feeling under the weather. It felt like a head cold where everything you are doing takes more effort. I took no notice and drove back to work.

As I stood up, but still looking down, my phone dropped from my right hand and I noticed that I did not feel that either. I was now aware that, with the groggy feeling in my head and after dropping two things, something was wrong - perhaps seriously so. I suspected that I was in fact already under attack from a major brain event…a stroke.

Taking stock of my situation I realised I was alone, not only in the building, but also on the trading estate. It was November, near freezing and dark outside. I tried to phone 999, but I could not coordinate my fingers on the flat screen of the smart phone. At this point I was becoming quite concerned. Staying where I was not an option. I could risk hyperthermia by morning. I had to figure out a way to get to help.

Taking action, I began walking to my Mitsubishi L200 Barbarian truck, but as I neared the driver’s door my left leg just gave way. I fell forwards and hit my head. Now fear began to set in along with the fatigue. (I still had enough energy to check the door of the truck with my right hand though, to check I had not dented or hurt it. My love of transport runs deep!). After resting for a while, I realised I just had to carry on. I very slowly got up and struggled into the driver’s seat.  Now the challenge was really to begin.

Once in the truck, I tried to move my hand to the gearshift but it just wouldn’t react. It felt so wrong not to be able to move an arm that just moments ago had been working perfectly. My only option was to move my left arm to the gearstick with my right arm. Once this was done, I tried to drive, but I could not steer. Now panic really began to set in, sheer panic.  And on top of the fear, I felt angry that I could not do such a basic task as driving.

Perhaps the anger shifted something in some way though, because for some reason the feeling in my arm and leg came back enough to use. By now I was fuming, but it was helping!

I managed to drive the truck out to the main road, but the headlights from the other cars hurt my eyes, right to the back. It was an incredibly sharp pain caused (I now know) because my eyes had dilated and were not adjusting properly to the lights. My only option was to drive using my peripheral vision to follow the red lights of the car in front.

As I entered my home town, the ‘yellowy’ street lighting helped me to see my way and reduced the pain of the car headlights coming towards me. I finally got home. My last manoeuvre with my truck was to park it carefully under the car port. Despite all my problems, I was still focussed on the fact that my wife would not drive the truck, so it was important it was safely stored!

I got into the house and alerted my wife to my situation. She immediately phoned the emergency services and the ambulance came quickly. The rapid response team took me straight in to hospital for treatment. After hearing my description of my vision problems, the A&E team diagnosed a migraine and therefore did not prescribe the four hour clot busting drugs that could have better treated my condition. 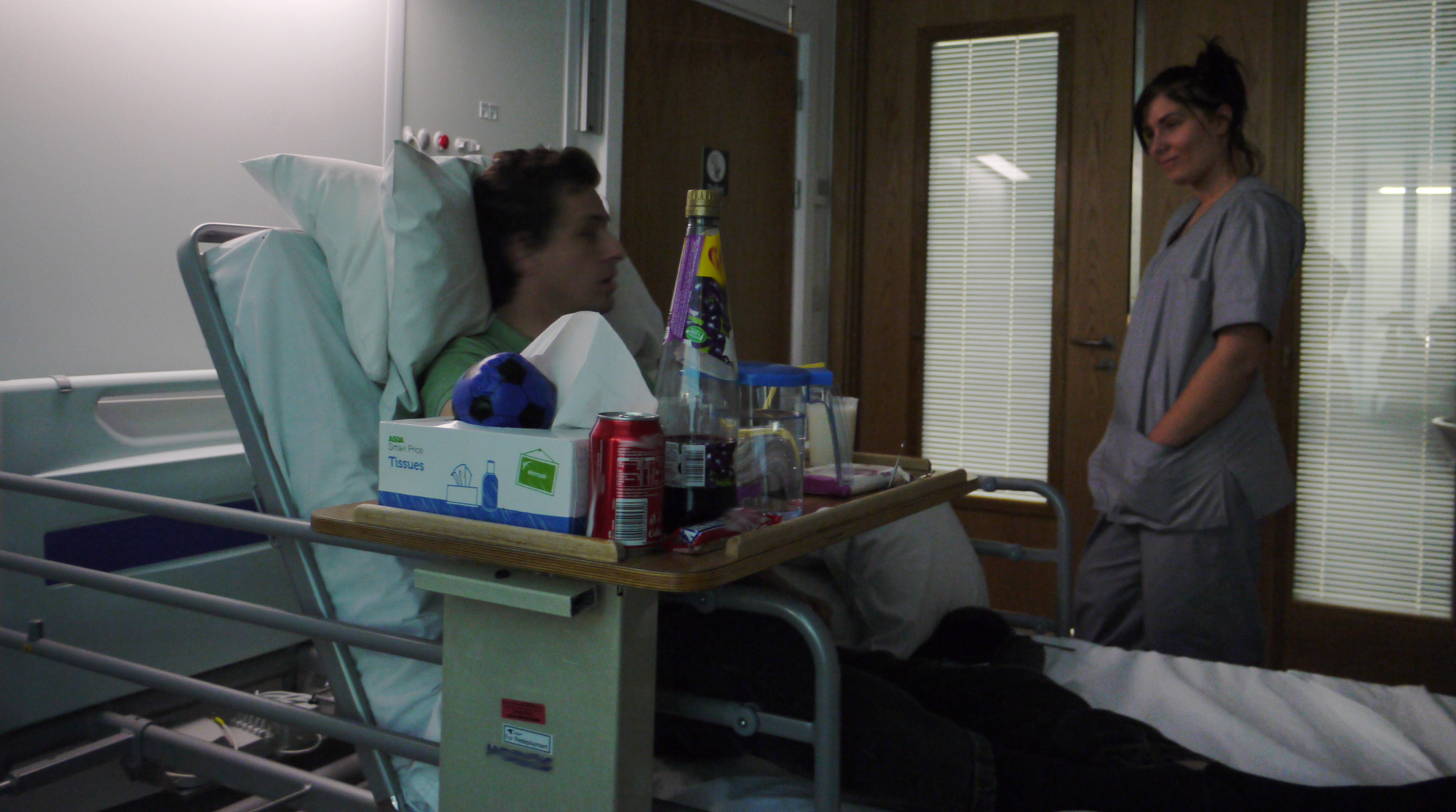 Two days later I met my consultant. He informed me that a CT scan had revealed that I had had two strokes, neither of which were small. I was now completely paralysed down the left side of my body, but by getting help in the way that I had, I had almost certainly saved my own life.

Some life I thought though, when you no longer know if you are going to be able to move around, work, drive etc.

But two months later and after a lot of work and sheer determination – even despite suffering a brain haemorrhage shortly after the strokes - I was walking with a stick. I was not walking perfectly, but who cares? I was mobile! It felt great.

Yet despite the joy of being on my feet, I was still desperately low. I had read that only 50% of stroke survivors ever return to driving. The thought of the joy of driving, of the possibility of never being able to do so again was too much to bear.

I felt this way for three months. But then, as my health began to improve, I began to think I could at least try to get back to driving. My first step was to consider a mobility scooter. But could I even drive one? My spacial awareness was OK, so the next step was to improve my physical strength and movement. I hit the gym with a programme of activities designed to help me gain the movement back on the left hand side of my body and build strength on the right (my good side). The exercises were all designed to help me be able to safely steer and operate the scooter - my first step back to driving on the roads again! 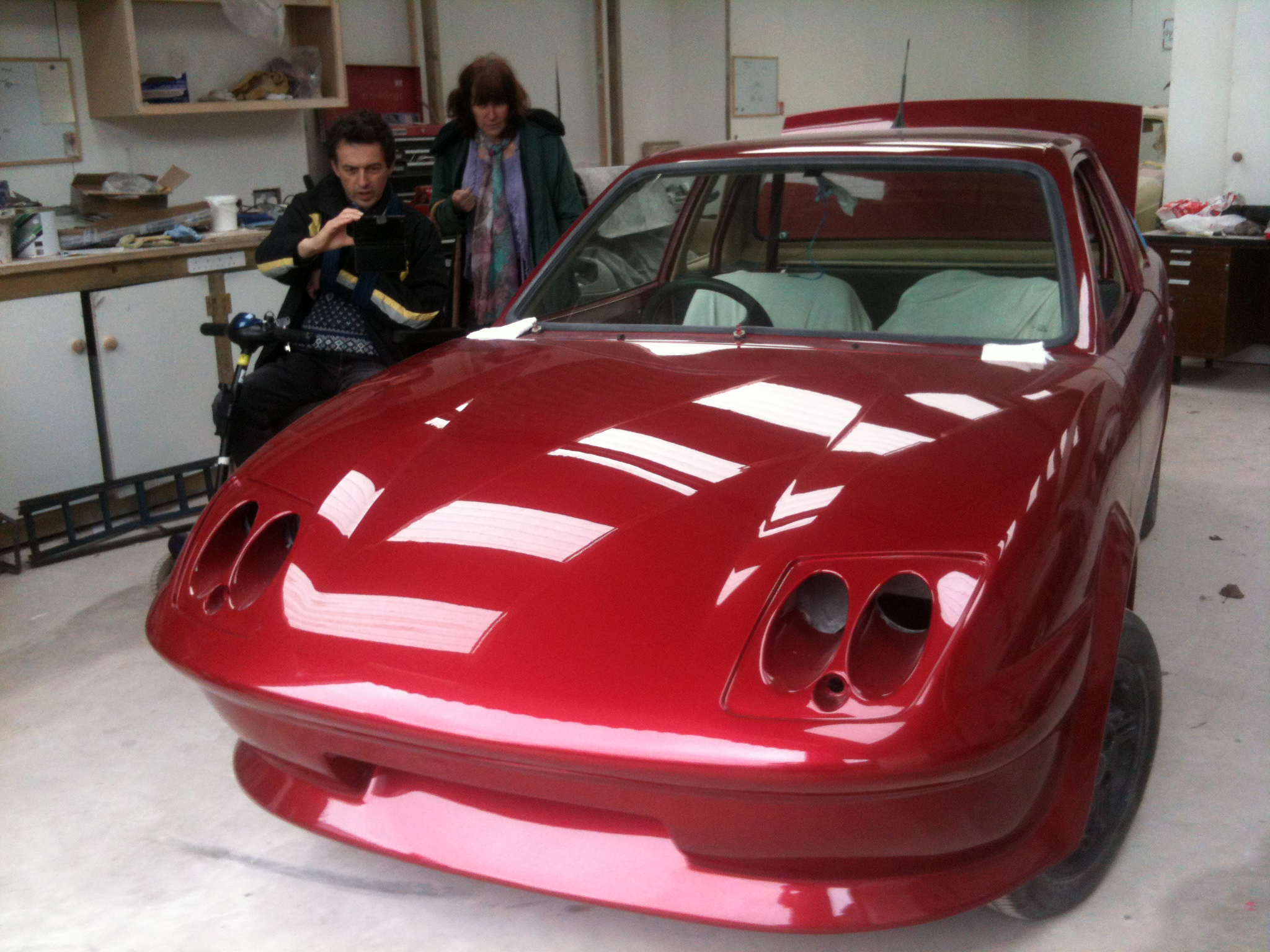 (Eddie and car he was working on)

After four and half months, my physiotherapist suggested I take a driving assessment. This is routine for stroke survivors, as it’s not always known what part of the brain is affected and how that has impacted their driving. I leapt at the chance. Although my assessor felt that 5 months after two strokes and a brain haemorrhage was too early, I was absolutely determined to give it a go.

So at the first part of the assessment, I was checked for things such as eyesight and reaction times. I scored well, with cognitive skills at 29/30 and a response rate of below half a second. So far so good!  My physio now agreed to let me drive a car. I could not wait!

As I got into an ageing Nissan Micra though, I was a little disappointed that the assessor told me we would first only be going around the car park. But after a short while and after he saw what I could do, we moved on to some simple back roads. I was chomping at the bit! I did every manoeuvre I was asked to and enjoyed every one of them. After that, the assessor finally agreed to do the full review. This was it! From here on it was 45 minutes of driving that would determine if I could get my life back. No pressure then!

I did it! I passed the assessment. I was absolutely over the moon. Eight months after the strokes, I could drive again. I treated myself to a new car, a Mitsubishi Mirage 1.2 Auto to celebrate my achievement and help me on my way. I could not wait to drive again after such a long absence.

But two questions were itching away: Could I be a better driver than I was? And when could I get back to work?

To help with both, I approached a driving school that I had met through my daughters’ Under 17s car club and after just 8 weeks’ training I passed their advanced test.

It did not stop there either. When I was asked by Shaun Cronin IAM RoadSmart’s regional service delivery team manager (Southern) to try IAM RoadSmart’s training I jumped at the chance. Alister Andrews, from my local group, Bath And District Advanced Motorists (BADAM), took me through the training and onto my F1RST level pass after just another eight weeks!

As I heard more about IAM RoadSmart’s advanced driver courses and Alister and others encouraged me to move up to Masters, I began to have some doubts that I could drive sufficiently well to achieve the required level. My health had definitely improved, but I still had some remaining issues and could still only drive using just one hand. Everyone was telling me I could do it, and to be positive, but I was worried about failing. I just did not want a confidence knock. But I focussed, fought my nerves and went for it. And unbelievably, I passed with a Distinction, just eight weeks from starting the training. I celebrated that result big time! In fact just three days later I went on to pass the local observers’ course with another school and I am now currently training to become a national observer with IAM RoadSmart.

So overall, my journey since the stroke has been a long road with many challenges. I am still working hard to overcome the effects of what happened to me, but I do believe that if I can achieve this level of driving with only one side of my body working, then so many others can as well. Now, by training to become a national observer, I really do hope that I can help inspire and train others to enjoy the greatest level of freedom possible. They call it driving.