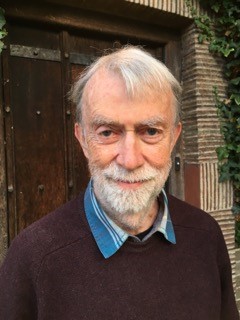 How could anyone doubt my driving ability? I had driven hundreds of high-performance cars, road tested for Autocar, and presented Top Gear for years. I had even held a Class One HGV and a PSV double decker bus licence.

And yet, and yet.

I’m now in my mid 70s, the proud possessor of a brand new Fiat Ducato Benivan 120 motor home, and sitting in my kitchen planning a European tour that would see my wife and I exploring the Dalmation coast and roaming the Balkans.

“But would your driving be up to it?” said the other half. The cheek of it! But as I brooded over such an infamous suggestion, I had to admit she might well have a point. After all, it had been getting on for 50 years since I had taken the IAM test as a reporter on a local paper. And there had been a few scrapes and scratches on our previous camper van, including that embarrassing episode on a Swiss mountain road when I had stupidly reversed into a storm drain.

So why not book a check ride with IAM RoadSmart in the new van? My assessor, Robbie Downing, showed up at the house on the appointed day, was relaxed and friendly. We extracted the Fiat from the yard and threaded off down our lane. I was told to choose my own route that would include a mix of roads and we set off round Oxford.

It all seemed to go very well. I noticed Robbie making a few notes, but he didn’t seem too tense, and wasn’t stamping a virtual brake pedal on his side of the cab. Nothing like the memories I had from all those years ago of the much more formal IAM test, with the requirement to make a running commentary on the road ahead and remarks from the examiner over possible hazards I had or had not spotted!

We returned home after an hour or so, and Robbie marked my overall assessment grade as “Excellent”. This was out of a possible four categories, the last of which was ominously headed “Safety Concern”. I scored well on anticipation, and the awareness of the limitations and visibility issues of the van. There were however “minor areas of discussion” around indicators, steering and use of speed. What that meant was I had been a touch too enthusiastic negotiating the many roundabouts on the Oxford ring roads, and perhaps allowing the speed to creep up just a little too much on occasion. But the conclusion was that I was “a very experienced and competent driver”. Nothing like it for making an old head swell with pride!

However, it was a reassuring experience, reminding one of the old dictums of looking ahead and anticipating actions of other road users. The kindly made observations on my “minor areas of discussion” have struck home, and I’ve tried to bear them in mind since - most lately on a wonderful trip to the Outer Hebrides, to drive down the string of islands, and then meander through the Scottish Highlands.

The conclusion? Don’t underestimate the effects of age, the slowing down of reaction times, the decline in vision, especially at night, and the temptation to anger at the antics of those around you who should know better. Book a check drive, as much for your own peace of mind as for those who have to travel with, and around you. Swallow your pride and take on board that you might no longer be quite as good as you may have thought you were!