How far can you go?

Miles per gallon or kilowatts per hour is all meaningless if your car can’t get anywhere near the claimed figures for economy.

The new WLTP (Worldwide Harmonised Light vehicle Testing Procedure) testing standards that are being introduced are supposed to have closed the gap between manufacturers’ claims and realistic aspirations for the end user. A visit to the Cotswolds to follow the Fleet World MPG Marathon gave Junique Aujla from the IAM RoadSmart Press Office and I an opportunity to put this to the test.

All of the vehicles that entered this two day event had the new figures available for them (except for the classic entrant Honda Insight) and we were interested to see if the manufacturers’ figures could be achieved without impacting the safety of the drivers – “eco-safe” driving being the catchphrase on the day.

Jonathan and Lloyd, employees at Fleet World, had both been run through an IAM RoadSmart Eco-Safe course a couple of weeks earlier and had both been able to make gains in their economy with better planning and anticipation, now all they had to do was carry that forward through two days of driving around the Peak District and the Cotswolds. To make things even more interesting, Jonathan was in an electric vehicle, with the anxiety that reducing range can bring. 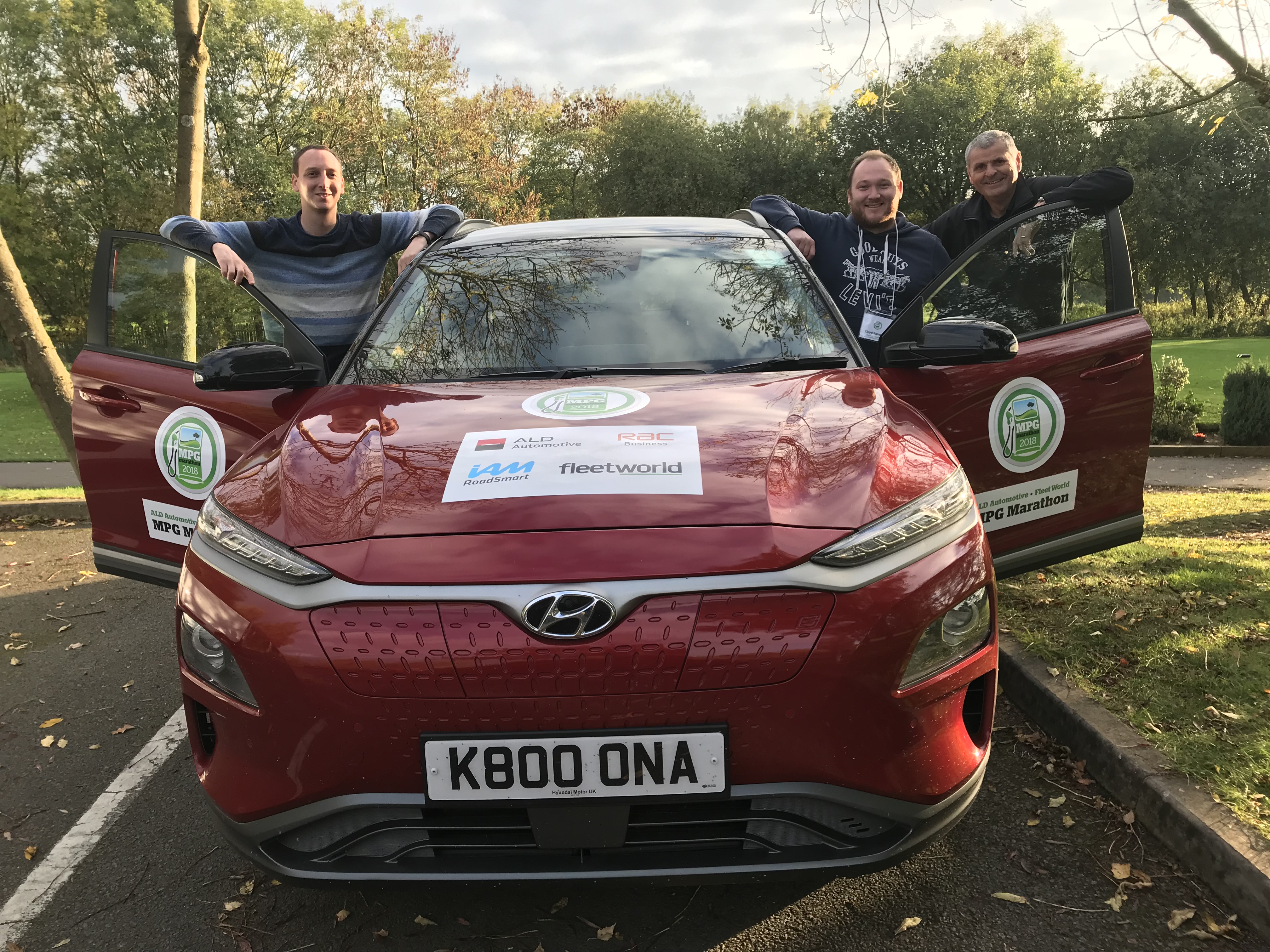 We saw the cars off on their way and then made a dash to the lunch stop to see them arrive, navigation maladies aside, the team all enjoyed a light lunch (extra weight may affect the figures) and the updates we received seemed to show manufacturers figure were achievable with a little bit of planning and in many cases, were able to be exceeded.

The afternoon stint was clearly all downhill as most of the cars had made it to the finish before us. The topping up of the fuel and adding up of the numbers was a tense time with mobile phones and calculators working overtime and a number of excited whispers of: “That can’t be right. The computer said 200 and you are saying 27.”

Well, maybe the numbers are wrong but the competitive edge was apparent.

We left with the full results still to be collated by Fleet World, but the overview was that the figures could be achieved with a bit of effort. The Hyundai EV entry was very impressive and was able to travel much further than Hyundai claimed in the hands of Jonathan.

With some still claiming a recount as we left the car park, the stickers were being pulled off and Lloyd was saying: “Wait till next year, I know I can do better.”