Advanced driver Struan Stevenson, columnist with the ‘The Herald’ (Scotland), shares some motorway madness stories with us.

Around 4am on the morning of Friday 2nd October this year a fatal accident occurred on the M8 near Harthill in Central Scotland. The accident involved a single vehicle and driver who sadly died at the scene. A further crash took place a few hours later near Eurocentral on the M8, involving a collision between a van and a lorry. One man was rushed to hospital to receive treatment for his injuries. The motorway was closed in both directions for more than 15 hours, causing chaos for drivers. Traffic Scotland confirmed the eastbound carriageway was reopened at about 20:00 hrs, while the westbound carriageway didn’t re-open until 21:40 hrs. Many cars were seen doing u-turns on the packed motorway and illegally heading back in the wrong direction on the hard shoulder, to escape the bedlam. How is it possible that the main artery linking Glasgow and Edinburgh, Scotland’s two most important cities, could be closed for the best part of an entire day so that police could investigate a fatal car crash? The cost to Scotland’s economy must have run to millions and the potential for causing further accidents must surely have been obvious. Sadly, such lengthy M-way closures are the rule rather than the exception in the UK.

Of course, the M8 accident will have caused shock and distress to the family of the deceased and they will have been desperate for every possible bit of information about how the accident occurred and how their loved-one died. The police, fire and ambulance crews have to attend the locus. The Police have a duty to find out exactly what happened. Collision investigation teams have to pour over the scene to establish what caused the crash. The roads remain closed while tyre skid marks are photographed, damage to road markings, barriers and signs are examined and debris is carefully scrutinised, measurements taken and wreckage removed. After gathering information, police investigators can deduce the speed and direction of the vehicle at the time of the accident and a report can then be sent to the Crown Prosecution Service. Such road accidents in the UK are treated like a crime scene. But why must our motorways be closed for so long?

In Europe, fatal accidents on the main motorways are dealt with rapidly. Police use laser scanners to speed up the documenting of crash sites. Cranes arrive quickly on the scene to remove the wrecked vehicles, sometimes simply dumping them on the hard shoulder. Crash barriers and signs are repaired and motorways are routinely re-opened within one hour of a serious crash. Why does that not happen in the UK? Repeated lengthy road closures are costing our economy hundreds of millions of pounds at a time when we can least it afford it, following the coronavirus lock down.

According to the RAC road closures caused by accidents account for around a quarter of all congestion annually and cost the UK in excess of £5 billion every year. Of course, it is essential that the police must fully investigate all fatal crashes, but this must always be set against the need to keep traffic flowing. Improving the way crash investigations are conducted could benefit road users and even victims’ families. A balance has to be struck between delivering justice and keeping the country moving. As we emerge from the covid-19 lockdowns and curfews and face one of the worst recessions in our history, the flow of traffic will increase and road closures, for whatever reason, will impact on our economic progress. Part of the problem is that we have some of the busiest roads in Europe and they are getting busier still. The M8 in Scotland is a case in point and rush-hour can often turn the motorway into a virtual standstill car park.

According to the European Commission, across the whole of the EU, motorways and autobahns are still the safest ways to move around. They are much safer than rural roads. 55% of fatalities arising from road accidents occur on rural roads, compared to 8% on motorways. The fatality rate for road accidents per million inhabitants prove that Britain is second only to Sweden in terms of safety. Sweden has 27 deaths per million inhabitants annually, while the UK has 28. The most dangerous country for fatal accidents is Bulgaria with 99 annual fatalities per million inhabitants. As road safety standards continue to improve, why are road closures still taking longer here than in other European countries? Police in the UK need to examine how other EU nations cope with fatal accidents and implement some of the best ideas.

But there is an even surer way to avoid road closures. We should try to improve our driving skills. We all know that Germany’s autobahns are amongst the fastest roads in Europe. On many stretches there are no upper speed limits at all. And yet accidents on the 7,500-mile autobahn network are few and far between. The reason for this is clear. German drivers are subjected to a strict licensing system. They must take a whole series of mandatory driving lessons, including among high-speed traffic on the autobahn. They have to undertake basic first aid training and on top of all that, sit a difficult multi-choice, written exam and a tough road test. The whole package can cost a learner driver £1,400. Police rigorously enforce the law and German drivers rigorously obey. There is no tailgating or overtaking on the inside. Hefty fines await those who contravene.  In addition, unlike in large parts of the UK, the roads in Germany are well maintained. If any irregularity or pothole is discovered during frequent inspections, whole sections of road surface are replaced. The end result is safer roads, better drivers, fewer accidents and less road closures.

Tailgating, lane-hogging, overtaking on the inside, weaving between lanes, excessive speed and using mobile phones, are almost a right-of-passage on Scotland’s M8. When accidents occur, drivers rubberneck to peer across the motorway at what’s going on, taking their eyes off the road and potentially causing more collisions. If we are calling on the police to up their game by shortening lengthy road closures, we should maybe look in the mirror. There is a lot we can do as drivers to avoid accidents and road closures too.

Struan says "If we are calling on the police to up their game by shortening lengthy road closures, we should maybe look in the mirror. There is a lot we can do as drivers to avoid accidents and road closures too."


Disclaimer: "My blog is exclusively an expression of my own personal opinion and does not necessarily represent the views of IAM Road Smart." 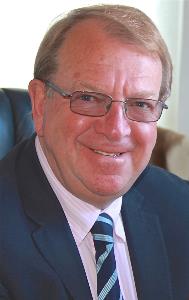