A recap of the 2019 National Road Safety Conference

Last week I attended the National Road Safety Conference in Telford which is a highlight event for the road safety industry.

It’s been running for 11 years and each November the road safety community get together to catch up with the latest information and to share ideas.

There were over 300 delegates at the event, made up of local road safety officers, police, fire and rescue officers, central government departments, academics and representatives from other road safety organisations, like us.

I was approached by several members who spoke to me about the Advanced Driver Course they had completed a few years ago. Some were members through exemption – these are individuals who have gained a full membership through other recognised driving or riding qualifications they have previously completed.

Some people mentioned they had heard Neil Greig, IAM RoadSmart’s director of policy and research, and I talking on the radio or television over recent months about road safety topics in the news. It turned out everyone agreed with the things we had said and were all very interested in IAM RoadSmart’s viewpoint on the issues.

The conference itself was packed with a range of speakers; this year we had academics alongside those people responsible for delivering the latest initiatives and findings.

New to the conference was information on transportation and the gig economy, where Heather Ward, honorary senior research fellow at University College London, gave us a presentation on their research.

According to their findings, driving within the gig economy significantly increases the driver’s risk of being involved in a collision.

The hot topic of the event was 20 mph zones and limits – where delegates were asked if 20 mph limits could reduce collisions, casualties and improve road safety.

After a lengthy debate, it left many within the industry unsure. There is certainly a lot of passion on both sides, however people are unconvinced that imposing 20 mph speed limits across wide areas are effective.

Considering the widespread non-compliance and very little enforcement, you have to wonder about the cost effectiveness of such schemes that do not necessarily bring the lifesaving changes we seek.

The atmosphere was very positive even though there was a lot of uncertainty over budgets and how to best spend the ever-decreasing pot of money.

Matt Staton, highway projects and road safety manager at Cambridgeshire County Council got us thinking about who was involved in road safety with a photograph of the people expected to be a part of it; fire and rescue, police, ambulance and the council.

Then he looked deeper into the breadth of the road safety sector and showed a photograph of everyone who is actually involved. Seeing a photograph with more than 100 people in it really makes you think about the challenges and opportunities this poses for local decision makers. People from research bodies, highways engineers, transport planners, analysts, driving instructors and many more.

Although there were a range of presentations, the one that interested me particularly was on why motorcyclists crash conducted by Dr Cris Burgess, senior lecturer at the University of Exeter. He made us consider how the human brain has had to adjust over the years. 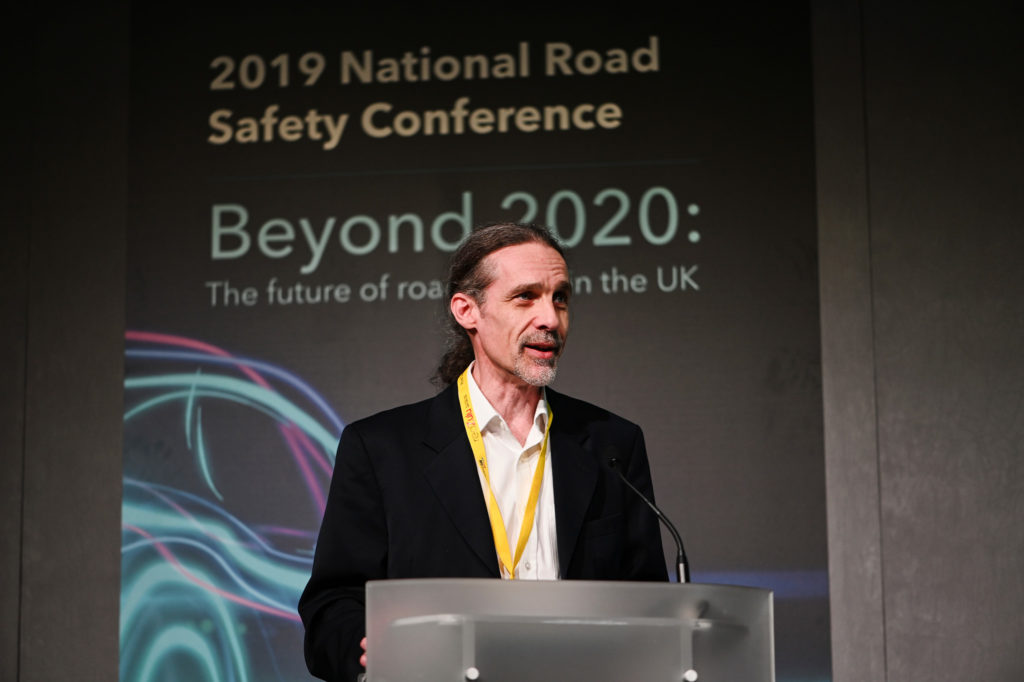 Cris got everyone’s attention when he said: “All we needed at one stage was the three ‘F’s; feeding, fighting and finding a mate.”

Now we ask our brain to do so much more and when you look at a timeline of human existence, it really is remarkable what we expect from ourselves these days.