The dangers that lurk on our safest roads – motorways

On Wednesday night I sensibly got an early night, conscious that the following day would be a busy one – our Annual General Meeting preceded by a meeting with our trustees.

So I was deeply asleep at 1:30am when I received the phone call all parents dread – my eldest step-daughter had been involved in a collision on the M1.

She had rear-ended a lorry… did she nod-off? Were his lights on? Who knows? And she was standing on the hard shoulder with the lorry driver not knowing what happens next.

She had not had a drink and fortunately she was not badly injured but the car, which coincidentally was to be offered in part-exchange the following week, was a write-off. 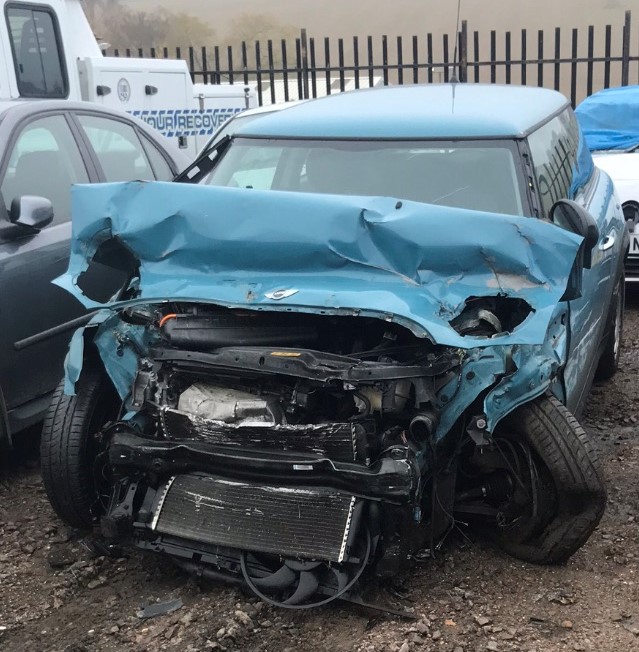 The police arrived and her car was taken away – but how was she to get home? I contacted the RAC, but we didn’t have accident cover, just breakdown, so they would not help. So it was off with my jim-jams and out into the freezing night at 2:30am to collect her. Thankfully the traffic officers took her off the motorway and I met my very relieved step-daughter at the sanctuary of a BP garage.

So what are the lessons? Motorways are comparatively safe, but can be much more dangerous late at night – you might be tired (in which case take a break), or hypnotised by the lights (again slow down and take a break) or surprised by lane closures as repair works are often carried out at night.

In the wee small hours, expect the unexpected. And think about what might happen if you are involved in an accident, in which you are not hurt but stranded.

The dangers of motorways and dual carriageways were also brought home to me this week with news that two Good Samaritans were killed on the A20 as they were helping the driver of an overturned car. Fast moving traffic is dangerous as collisions at speed are far more likely to end up in fatality. The RAC recently encouraged drivers who see one of their breakdown vans on the hard shoulder to move over and slow down – very sound advice.

If you do find yourself in the position of being the first on scene of a crash, we always advise not to try and cross the live carriageway to call for assistance. If you do see the crash and have to stop, put your hazard lights on and slow down a long way from the incident, slowly rolling in and controlling the traffic behind you.

So where can we at IAM RoadSmart help? I would like us to target what I call the “nervous middle” – those inexperienced or simply less confident and capable drivers who would really benefit from our help. Historically they would have been daunted by the “advanced” tag, so our new IAM RoadSmart identity works better. That’s not to say we should move away from our heartland - good drivers who wish to become even better, absolutely not.

The good news is that I am pleased to say that my step-daughter is on the mend – a broken finger, cracked ribs, dented pride and bent metal.  And a promise to spend a bit of time with Richard Gladman, head of driving and riding standards, in the near future.