Today's blog will be continuing my mini-series of providing hints and tips for those considering hiring a car to drive in Europe. Having already highlighted the pitfalls of driving in Spain and France, as well as hiring an e-scooter in Poland, this edition talks about my recent experience of driving in Italy or, to be more precise, Sicily.

With eight of us travelling together, we had hired two mafia-esque black BMWs which came fully equipped with sat-navs, which should have meant a stress-free journey after landing late in the evening at Sicily's second city, Catania. How wrong I was! We drove in convoy but after 10 minutes my eldest son, Max, was nowhere to be seen and after a phone call (passenger to passenger) it revealed that his sat-nav had a quicker route. Why? After a bit of fiddling around with the sat-nav in the late-night gridlocked traffic, I realised that the previous person that hired this car had set it to avoid the autostrada. Damn! This was why we spent the first 35 minutes struggling through the back streets in a new car, in a new city, and in the dark with a limited grasp of Italian. Key learning point - check the sat-nav fully before setting off! 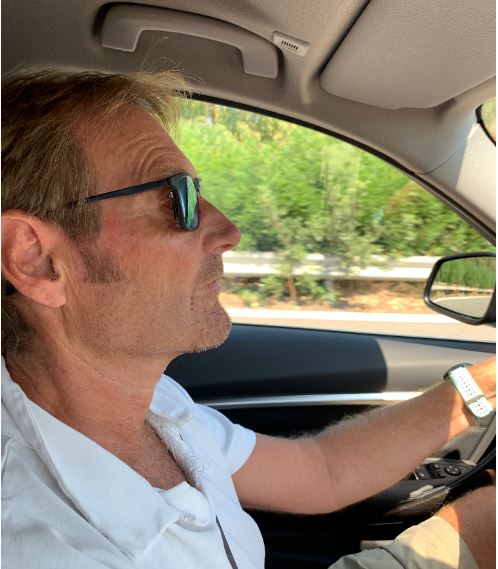 Anyone with experience of Italian motorways will know they are nothing of the sort, as they are usually dual carriageways that wiggle in between the various mountains and towns. That of course is all fine, but very quickly one learns that Italian driving habits are cavalier at best. Here are two examples to reinforce this point:

Needless to say, I kept well away from both of these drivers.

To compound this poor driving behaviour, the road infrastructure was second division at best. Basic lighting, patchy warnings of road works, and the smallest traffic cones I have ever seen! Having said that, many of the roads on Sicily's east coast are a marvel of engineering, as they include many high (and a bit precarious) bridges and tunnels blasted through rocky mountains. The latter gave rise to another issue - prescription sunglasses having to be removed and reapplied every time I encountered a tunnel. It’s a good thing I have magnetic clip-ons which are relatively easy to slip on and off.

The final issue was the signposting (or complete lack of it) to the rental car return at Catania airport. Thank heavens my eagle-eyed son spotted the orange Sixt sign, otherwise I fear we would still be driving around and around the airport.