Un-clog our roads the Dutch way

I’ve just got back from an excellent weekend away in Amsterdam, and the quirky mixture of transport solutions actually makes it a fascinating place from a road user’s point of view, so I thought I’d share a few observations.

Near misses are part and parcel of getting around in Amsterdam, you have to prepare yourself to experience one roughly every four seconds. Many major road junctions are bordered by cycle paths on all sides, meaning you have to give way to bicycles before giving way to road traffic.

Except that most drivers don’t exactly give way as such. The accepted technique for dealing with a busy junction seems to be to keep rolling forwards until you’re about to collide with something. This doesn’t actually seem to bother anyone.

Life on the pavement is no different. Cyclists are everywhere, and generally do not acknowledge the arbitrary boundaries between pavements, roads and cycle paths as they meander casually along the path of least resistance.

Navigating a busy pedestrian precinct seems to involve riding until you arrive at a pedestrian or other obstacle, then swerve around it; no warning bell required. This doesn’t actually seem to bother anyone either. 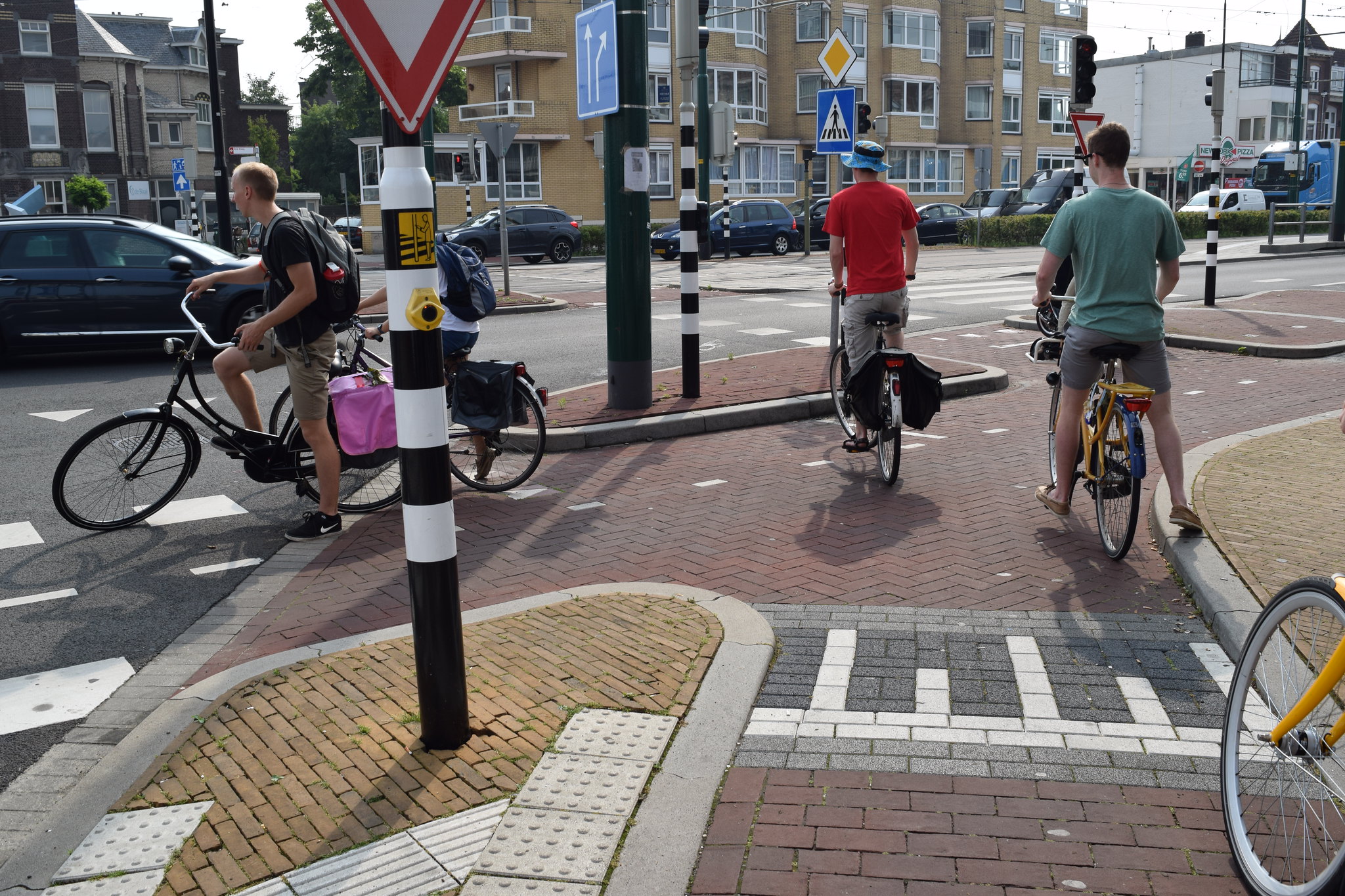 Dutch cyclists enjoy an extensive network of cycle paths, but these are also used by pedestrians, mopeds, and little two-seater microcars (which I happen to think are really cool, although my group of petrolhead friends weren’t quite so enthusiastic). This tends to result in quite a lot of near misses owing to the different speeds and behaviours of the various groups, but it doesn’t actually seem to bother anyone.

You’ll have spotted a pattern. Without reinforcing national stereotypes, I think it’s fair to say that the Dutch are pretty relaxed about the rules of the road, and about sharing their space with other road users. Despite the apparent chaos, I didn’t hear a single horn sounded in anger, or witness any animosity between road users, all weekend.

We are increasingly looking to the Dutch to inspire our road safety initiatives, particularly around cycling. An experimental Dutch-style roundabout, with segregated priority lanes for cyclists, is due to begin construction in Cambridge imminently. The campaign to promote the use of the ‘Dutch Reach’ – a technique that encourages better observation of cyclists when opening your car door – has gained some traction in the UK over the last year or so.

There may be some drawbacks to the Dutch approach. For example, hardly any Dutch cyclists wear helmets, and lots of moped riders are similarly relaxed about protecting their noggins. Few cyclists use lights, even at night. The diverse mixture of vehicle types sharing the road space is fine for the initiated, but rather scary for anyone else.

The Netherlands’ road casualty statistics are slightly behind the UK’s, and you might conclude from this that our existing setup is more advanced. However, our car-biased system makes it difficult to find new ways of improving traffic flow, or to promote cycling and other environmentally friendly transport solutions.

Our urban road networks would need extensive rethinking to incorporate the same levels of segregation between cyclists and larger vehicles, and to incorporate more widespread use of trams and electric microcars. The biggest barrier may be our reluctance to embrace the Dutch attitude towards sharing pedestrian spaces with bicycles. 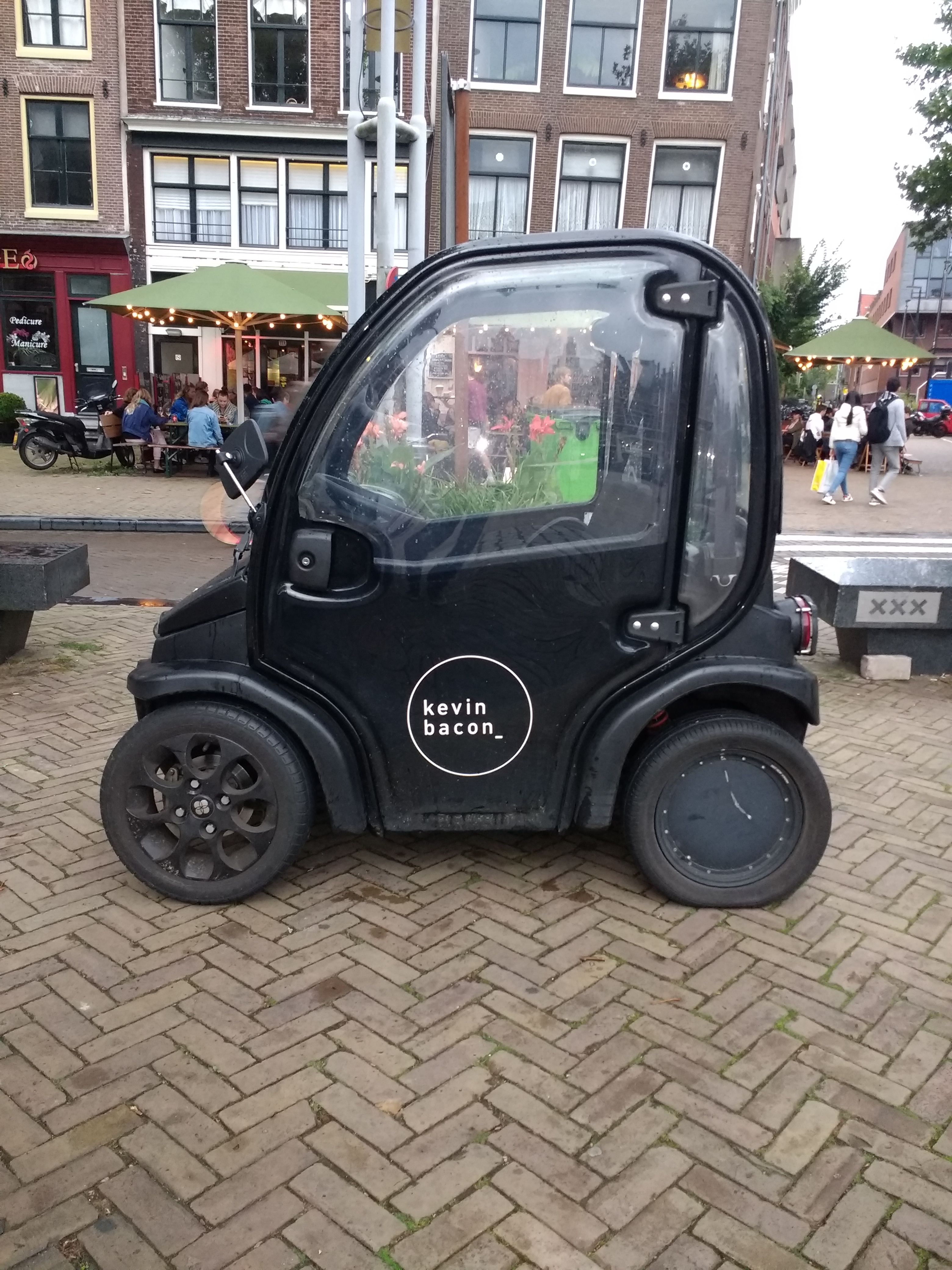 What’s the answer? I wish I knew. What I do know is that it didn’t take very long for me to get used to the hustle and bustle of Amsterdam’s lively pedestrian areas, or to accept that the taxi drivers were not actually insane, and it seems a bit of a shame that we’re not quite so willing to share our space in a relaxed fashion here in safety-conscious Britain. Perhaps the sweet spot is somewhere in between?

One other thing worth mentioning about Amsterdam is the parking. In the very old parts of the city, most parking spaces are right beside the canals, with no railings or even kerbs to warn you of your impending plunge into the drink. And yet, all drivers seemed able to parallel park exactly two inches from the edge of the wharf. Impressive, although it doesn’t allow the driver to get in and out without clambering over the passenger seat. But - you’ve guessed it - this doesn’t actually seem to bother anyone.

Anyway, just to fill you in, I was in Amsterdam for a friend’s birthday, which coincided with the annual Historic Grand Prix at Zandvoort race circuit. It’s a brilliant event for anyone into classic racing cars, where you can get up close and personal with some incredibly rare machines, and marvel at the fact that people are still prepared to maintain and race them. Highly recommended, and a great excuse for me to share some gratuitous pictures of motoring exotica. 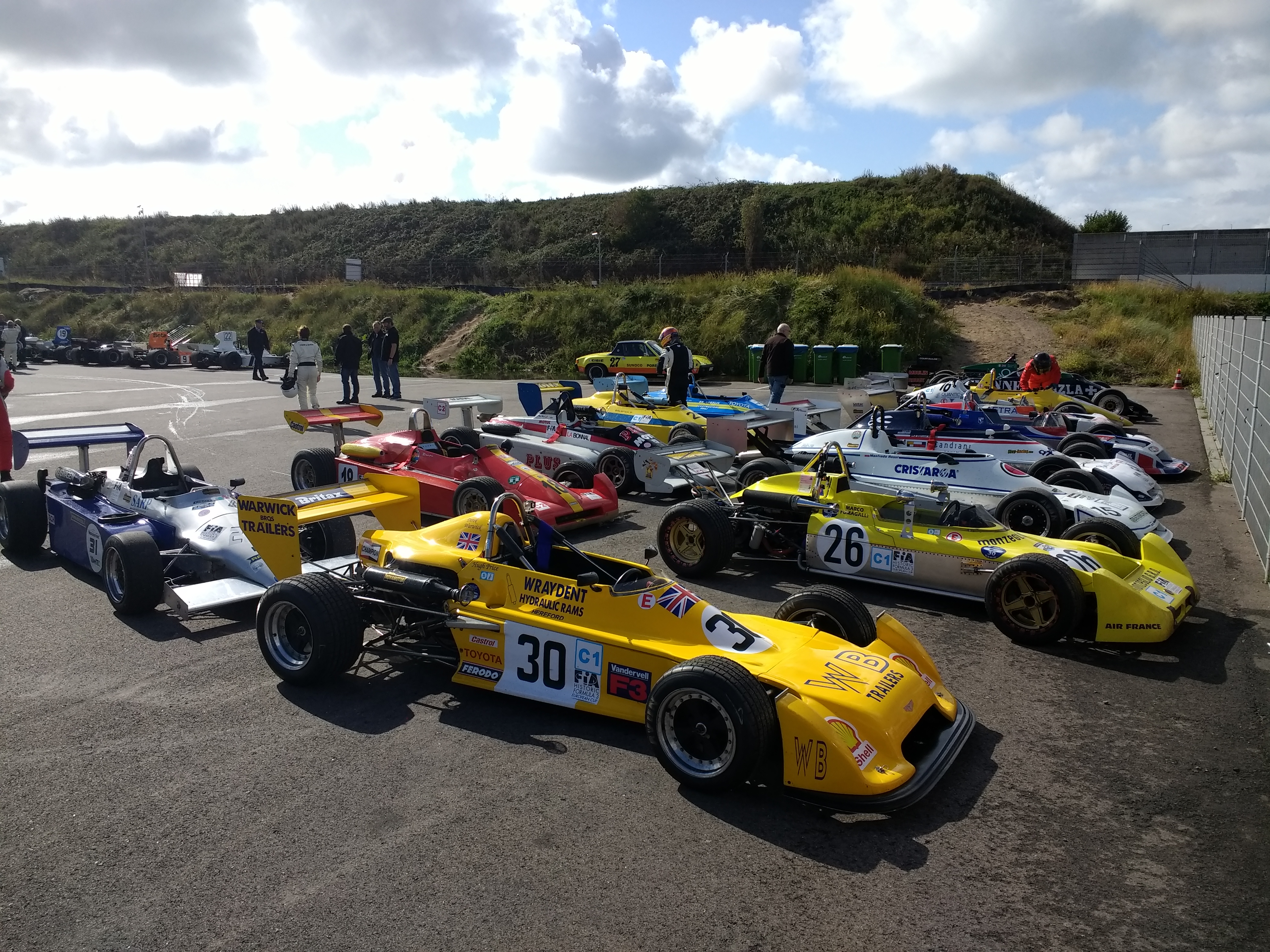