What makes a classic?

What makes a classic?

I was asked to pop along to Thruxton Motorsport Centre to make a video about the differences between a ‘classic’ car and a modern car. With all the techno wizardry, it seemed an easy message to convey - a modern car is better. How wrong was I?

Setting off before the traffic was an old-fashioned planning element straight from the human factors of driving, and the planned stop at McDonalds was another consideration to the ‘U’ in driving.

On arrival at the track John Holcroft, a member of the Guildford Advanced Motorists, had already arrived with the first of the classics, a 1979 Ferrari 512 Berlinetta Boxer, a flat 12 engine mid mounted in a sports car. Hmm… it might be difficult to dislike but I know a modern car is better. As I had a look around it, I couldn’t find a single thing that put me off it. Then a flash of inspiration, this must be the exception that will prove the rule that ‘modern cars are better’.

A wander into the skid pan area followed by a drive in an excellent Toyota GT 86 had me back on track. The modern systems on it made an average driver like me, into an ice driving maestro (mainly by grabbing the throttle and stopping me using it).

We were then joined by Richard Jolly, chief observer at Bournemouth and District Advanced Motorists, and his beautiful Austin Healey 100/6 1957. A car so pretty you could pop it on the mantlepiece and stare at it all day. But never fear, I bet that it’s uncomfortable and a horror to drive, we all know ‘modern cars are better’.

I was again proved wrong. The Healey was comfortable and engaging to drive and the gearbox required a bit of precision which Richard demonstrated perfectly.  The steering weighted up nicely to keep you interested in the corner, the engine was compliant, and the brakes worked well - overall a joy to drive. 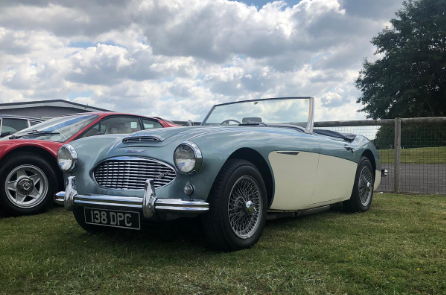 By this time the last of the trio had arrived, Paul Woozley, IAM RoadSmart head of membership, in an MGB GT - one of the first rubber bumper cars. Who knew they were going to be a ‘classic’? Surely a short spin in this will prove my point, modern cars are better, aren’t they? As Paul chauffeured me around the tarmac, the ride was comfortable and the short throw on the gear selector was immediately noticeable. The engine noise was slightly intrusive, but both served to put a smile on my face. This isn’t going well, I know modern cars are better. 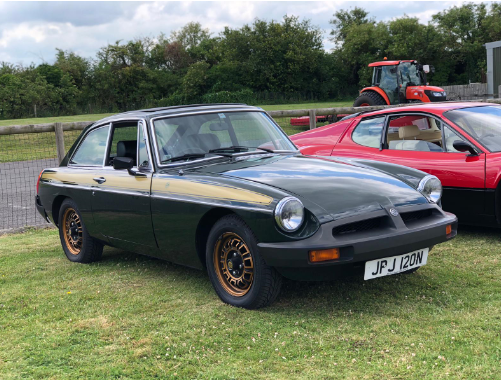 How about a conclusion of modern cars are better than everything except a Ferrari 512, Healey 100/6 or an MGB GT? But I suspect had the Morris Minor made it on the day that would have been included in the list of exceptions too. I think even the humble Austin Allegro which was castigated when new would make my list of exceptions.

What the day really proved was that all cars have their foibles and limitations. The Ferrari was difficult to get out of (or maybe I didn’t want to), the Healey with the weather gear up was difficult to see out of and the MG’s brakes were ‘different’. All three required observation, anticipation and planning of the highest order to make smooth progress, and an understanding of the mechanical processes taking place helped facilitate this.

The modern car does a great job of disguising the mechanical factors, and almost isolating the driver from the very thing a proper petrol head enjoys. Yes, the systems try to keep us safe if we, or someone else, get it wrong and that must be better.

I suspect in a few years’ time the GT86 will be described as a classic. The Kia Niro I drive may take a while longer hence the 7-year warranty.

My conclusion is I still love driving. A different car every day would be perfect, and one of the classics every so often would be the icing on the cake. You can take a look at one of our videos from the day where we show the difference in rear brake light visibility between a classic and modern car.


By Richard Gladman, head of driving and riding standards