I was lucky enough to spend a few days on holiday in Iceland recently and as always I could not resist comparing their driving with our own back here in the UK. I would have looked out for the odd biker but I don’t recall seeing any at all!

The first thing that strikes you about Icelandic roads are the edges – you have to work out where they are. This is due to having black tarmac laid across a black lava based soil in many areas.

It’s a rather weird effect when the surrounding roadside and verges are the same colour as the road! Many local roads are unmade so cracked windscreen cover is a must if you hire a car.  The second thing I noticed was the traffic noise. Not due to masses of fast flowing traffic, instead the sound was the constant pitter-patter of winter-studded tyres on the roads – everywhere! 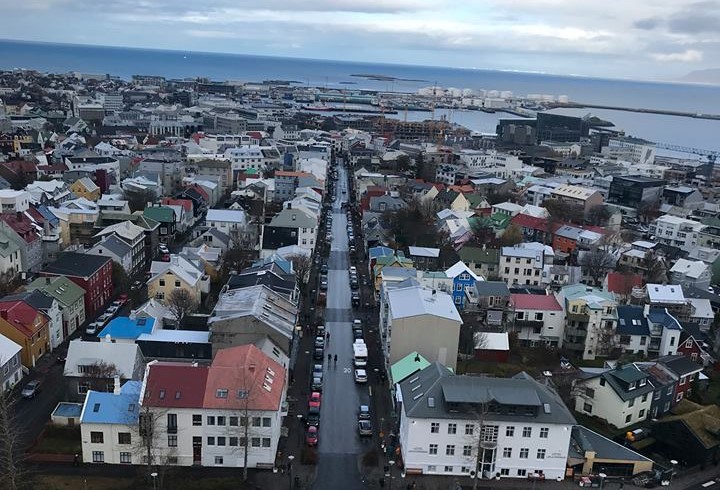 Apparently, 1 October is the official start of winter and it seems the vast majority of the population slip on their studded tyres and head off quite happily.

The weather whilst I was there was like Scotland – dull and wet but slightly colder. No ice was forecast and one tour guide remarked that in Reykjavik you can go a whole winter without snow. The interior is another matter however, with roads lined with snow marker posts and many simply abandoned until the spring thaw.

Should we maybe consider a similar approach to winter tyres here in the UK? Probably not. But as our weather gets more extreme it might make some sense to encourage winter tyres as an affordable and popular option. They didn’t seem to be damaging the road surface as potholes were few and far between, and as a pedestrian, the noise had the added advantage of warning you of an approaching vehicle.

Iceland is a very expensive country but the ubiquitous nature of the transfer to winter tyres would suggest it can be quickly done.

I recently had an e-mail from my car dealer offering a range of wheel and winter tyre options starting at around £1,000!  Cheaper alternatives are available and once the investment is made, it will pay back over time. But, for now, I think I will just keep my fingers crossed and rely on my advanced driving skills (and four-wheel-drive) for another winter.

One other transport related phenomena also struck me as we moved around the busy parts of Iceland. Although all oil is imported into Iceland, their fuel was similarly priced to ours and widely available at a network of modern filling stations often designed to be integrated into the landscape behind grassy banks.

A nice modern roadside filling station every few kilometres with a shop and coffee facilities – we British drivers can only dream of such things these days.

Most rural roads were quiet, they only have a few miles of dual carriageways and the driving seemed very safe overall.

There was some peak hour congestion in Reykjavik, the buses are very expensive and they don’t have any railways but overall I can’t wait to get back and explore more of this driving paradise. Mind you, with only four hours of daylight in mid-winter and extreme temperatures, I might wait until the summer next time.

Then the only thing to worry about would be the millions of tourists and the cost of pint!