This is my last update as Group Chairman since, after seven years, I'll be stepping down from this role at the AGM tonight. I’ve had the privilege to be your Chair through the period of greatest change that the Group has seen since it was formed in 1985. The ‘IAM’, now ‘IAM RoadSmart’ has changed almost beyond recognition and as a Group, we have had to change, to keep up with national initiatives and embrace modern technology. If you could just bear with me I’d like to outline what are we doing now that we weren’t doing seven years ago …

All of this has been achieved through the commitment of both Observers and Committee members over the last seven years. Actually, two thirds of the Committee were not on the Committee and three quarters of our Observers were not Observers seven years ago. This shows that the Group does move forward, new active Members come through and pick up where others left off. I plan to continue as an Observer and if all goes according to plan tonight I will become Vice-Chair to support your new Chairman Tom Field. I also plan to continue as Newsetter editor and webmaster. Thank you to everyone who has supported me over the last seven years. Its been quite a journey. I wish Tom well in his new role.

Well, that’s it from me. Safe driving and good observing.

The 33rd AGM of the St Helens Group of Advanced Motorists was held at the Ibis Hotel, Haydock on the 7th June, 2018, at which time it was recorded that the current Chair, Mark Farnworth was standing down from this position.

Following the official course of business and presentation of competition prizes by the AGM acting Chair, Deputy Mayor Councillor Janet Johnson the Vote of Thanks was given by the Associate Coordinator, Alan Prescott.

The Group Secretary then gave a short speech describing the many contributions made by Mark, noting his untiring and dedicated service to the Group in his role during the past seven years.

In recognition of his achievements, many of which have been ‘behind the scenes’ and not generally recognised, the Secretary offered Mark a presentation on behalf of the Committee and Observers.

Whilst still performing his other duties as Observer, Newsletter Editor computer and communications manager Mark will continue with the Group as Vice-Chair supporting Tom Field, his successor. 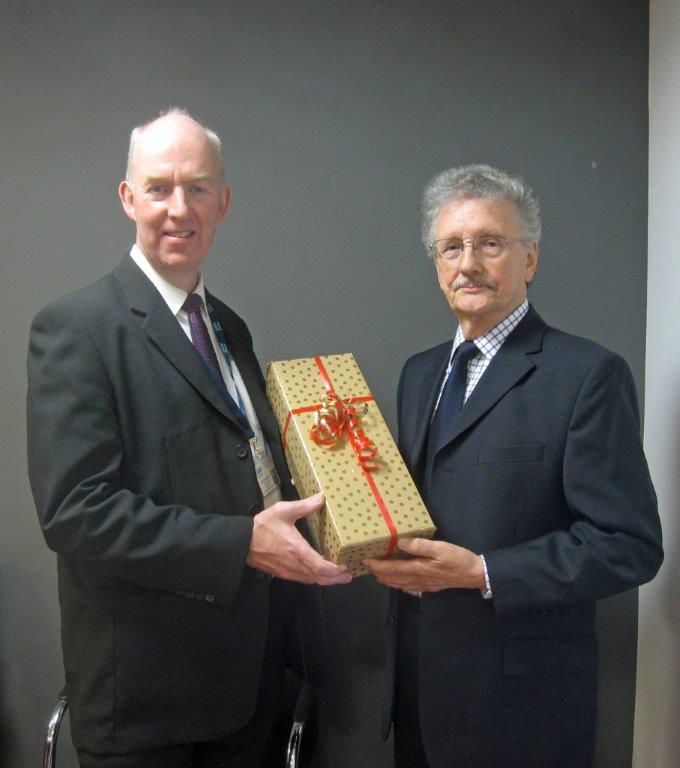