It was a Day that the Rain Gods decided that Yorkshire needed a good soaking, the Gardens needed it apparently !!?, and boy did we get a soaking, Starting on Friday Lunchtime and went on until late Saturday Evening. And looking at the Rivers / Fields while out on the ride, we had quite a lot. 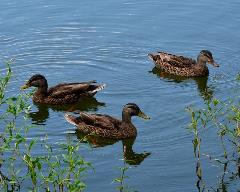 Back to earlier, It was the 'YAM' T5 End of Year meeting where all matters T5 are updated, discussed, and sorted, 17 people braved the appalling Weather to attend, some on Bikes ( The Nutters !!) some in car's ( The sensible one's ???? ) some doing Observer training afterwards ( Steve ) . So in the end it was only Pete Tibnall and Myself for the ride which I had planned as: Ripley Castle for the T&P and over to the Glider Club at Sutton Bank for lunch, which then turned out to be the Plenty Cafe
in Boroughbridge.

Pete was ready and waiting for me for a change, keen to be off, so off we go Left out the Gate and out to Micklefield and then out to Tadcaster, Large puddles keeping us pretty much in the centre of the road as the safe place to be and keeping a keen eye open for any hidden surprise's on the bends, I took a Right in Tadcaster through Bolton Percy, and again missed the turn to get us over the A64 at Billborough Top ( I'm going to paint a big X on the road next time so I don't miss it ) and so we ended up on the outskirts of York, and I took a wrong turn at the Lights, so 'U TURN' at the next lights and cutting through the Edge of York we ended up on the A1237 bypass before heading out to Rufforth, Tockwith and Cattel, and over the bridge we go, and our first proper flooded road as we crested the Bridge, luckily no traffic from the Left meant no foot down was needed as we turned right in 6 inch deep water for about 20 metres ( Great Fun ).

Hammerton, we must have had the 11.30 from Harrogate go through but he barriers remained firmly shut ( waiting for the 11.59 from London !!! judging by the time we sat there ) as we waited, and waited a bit more, getting bloody wet, before the (Tango Coloured ) Signal Box attendant arrived to finally open the Gates and let us on our way, During in our wait it was agreed that Boroughbridge would be the end stop as the rain showed no sign of abating, The B6265 Road being the worst for Big Puddles, Pete getting a impromptu Bath as a Volvo Driver hit a large puddle showering him a blast of spray, luckily not loosing control of his car, but safely arrive at the Cafe we did, The stream on your Left as you turn in the rear entrance was full , had you missed the turn you would have been lost in the deeps forever!, we were both ready by now for a hot cuppa and Lunch.

A shame on the weather spoiling the last scheduled ride of 2019 calender, BUT all is not lost, we can all meet up next week for another go, Thanks Pete for braving the cold & rain to join me for the trip. 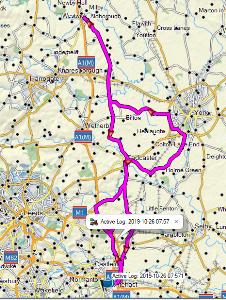 Related to this press release

Similar to this press release