I’d worn my orange jacket in anticipation that the answer would be “yes” but given the fact that there were only two of us starting out from Muddy Boots Café at Harewood it didn’t really matter.

After a very brief Brief, which included the relative benefits of using the drop off system (we concluded that it wasn’t really very practicable) we set off down the hill in the direction of Pool. I left my bright jacket on though because it was very grey and rainy and we all like to be seen in the murky weather, right?

We headed towards Grassington via Ilkley and then on for a quick comfort break in Kettlewell. We then turned left at Buckden to ride the beautiful route through Hubberholme to Gayle. The scenery was spectacularly Autumnal, with lovely oranges and browns, yellows and copper. The River Wharfe was full and flowing fast, which added to the dramatic landscape.

Up into the clouds as we went over the top between Dodd Fell and Bardale Head and dropped into Sleddale. Narrowly missing two cows at the crest of a hill and then down to Gayle, where the beck was an absolute torrent.

Brief flask of coffee stop in Hawes and then straight down the main run to Leyburn. Not many bikes out today at all. 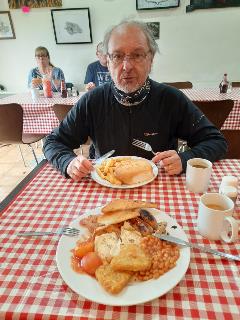 We ended up at Manor Farm Café in Bellerby for what turned out to be a massive breakfast (including fried bread) for me and burger and chips for Brian.

We’d just finished up when who should walk through the door but John Coe!

Turns out he was on a ride by himself but was meeting up with the rival Team 5 outing led by Pete T.

Next Pete, Chris O, Alan B & Jezz M arrived just before the café shut at 2pm.

We then made our way over to Brymor’s for another coffee – it wasn’t really ice cream weather but that didn’t stop some of our group.

A great day out.

Thanks to Brian for leading the way and myself for following, I mean back marker duties.

Also thanks to John Coe for letting me tag along back to York.

See you next time! 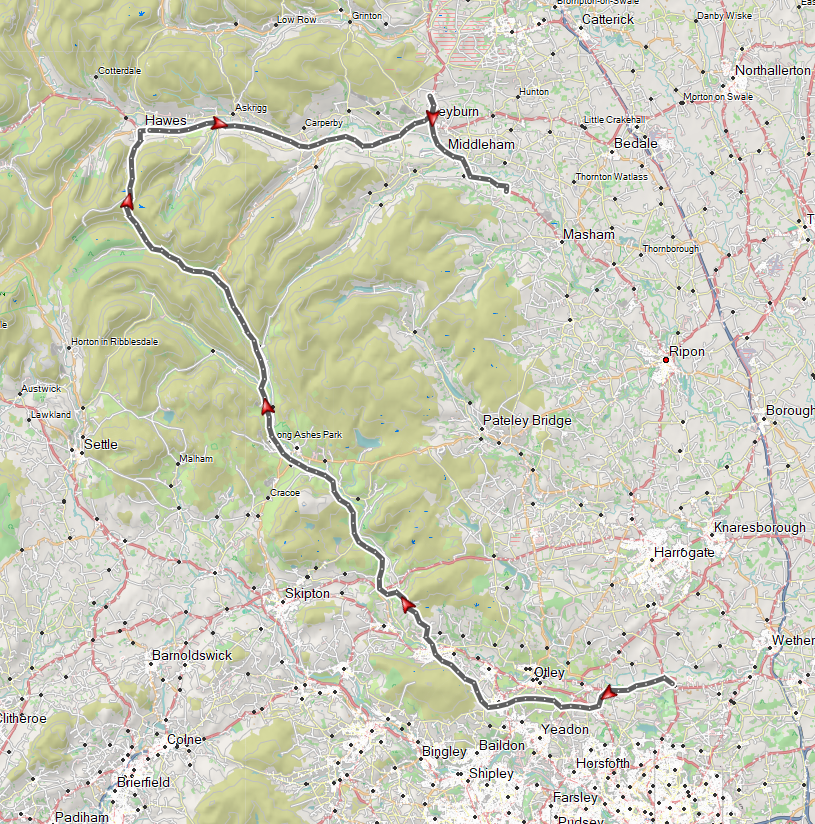