From cars to HGVs

I couldn’t wait for my seventeenth birthday – and my first driving lesson later that day.

I was sponsored by my employer, on the strict understanding that should I not pass my test on the first attempt, I would undertake to continue lessons and tests until I was successful – at my own expense! 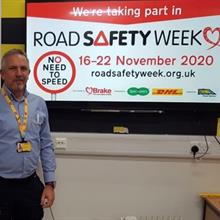 Eight weeks later, at the rate of one lesson per week, I was fortunate enough to pass first time.

All my employment from that day in January 1975 onward, had an element of driving – up to and including my own executive transfer business in the early nineties.

At the end of that decade I embarked on a one week ‘Crash Course’ to gain my LGV (then HGV) licence.

So, there was I at the turn of the century, a qualified Class 1 driver, travelling throughout the United Kingdom, France and Belgium, hundreds of thousands of miles under my belt – yet no continuing professional development (CPD) whatsoever!

Then in 2005, I joined one of the largest logistics companies in the world, whose ethos is one of CPD, together with Health & Safety and legal compliance.

The Logistics industry at that time, was also transformed by legislation, with drivers throughout Europe required to maintain continuous vocational training and government certification by way of Driver Certificate of Professional Competence qualifications (DCPC), with thirty-five hours training completed and certified every five years.

In 2018 I was invited to become a company Driver Trainer / Assessor and sent on a course in Manchester at the grandly titled ‘Centre of Excellence’. The course lasted one week followed by a three-month period in which to submit a portfolio of work.

I later completed another course in Manchester, this time to qualify as a Defensive Driving Instructor, using a company recognised and endorsed system.

I am currently part of a small team, planning training sessions and inductions, delivering practical and classroom-based presentations and coaching, to new starters, agency workers and core drivers.

After moving to Lincolnshire in 2020, I decided to take my Advanced Driving Course with IAM RoadSmart and immediately saw the similarities with IPSGA and some of the defensive driving techniques I had learned professionally.

I was thrilled to achieve a F1RST in October last year.

Still passionate about driving, either in my car or a 44-tonne articulated vehicle, I hope to be guided toward an Observer role for IAM RoadSmart in the future, to perhaps share some of my experiences and maybe learn something new. 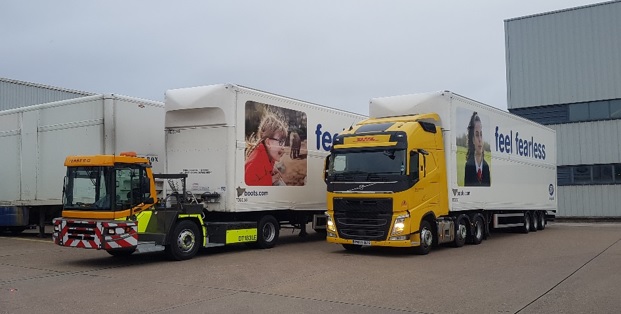 One observation I will mention is that although my work role is centred around safety, competency, legality and economic driving techniques – advanced driving with IAM RoadSmart, although similar, is a heck of a lot more fun!