Nostalgia: should it be a thing of the past?

In his last blog, Shaun Cronin cast his mind back to a tragic incident he had attended, early in his career as a police traffic officer. In a recent staff presentation Shaun shared an image of the incident in question. Without describing it in detail here, it was obvious from the wreckage of the car, an Austin Allegro, that its driver had no chance of surviving the impact.

For all the wrong reasons, which I’ll get to in a moment, the image reminded me of my first car: a 1983 Austin Metro, for which I had paid the bargain sum of £150 back in the summer of 2000.

As is often the case with first cars, to this day my memories of this humble banger usually evoke warm, fuzzy feelings of nostalgia. In fact, while browsing on a well-known online auction site recently, I happened upon a copy of Car Magazine from May 1980—the very month I was born—featuring the then-new Metro on the front cover! Clearly, Metros and I must have some kind of mysterious connection. Besides, the magazine promised a geek-tastic feast of cutaway images showing the inner workings of Austin’s potentially world-beating technical marvel. Sold. By the way, the mag was a good read, and also included an interesting group test of ‘large saloons’ (Ford Cortina vs Austin Princess vs Vauxhall Carlton) but enough about that. 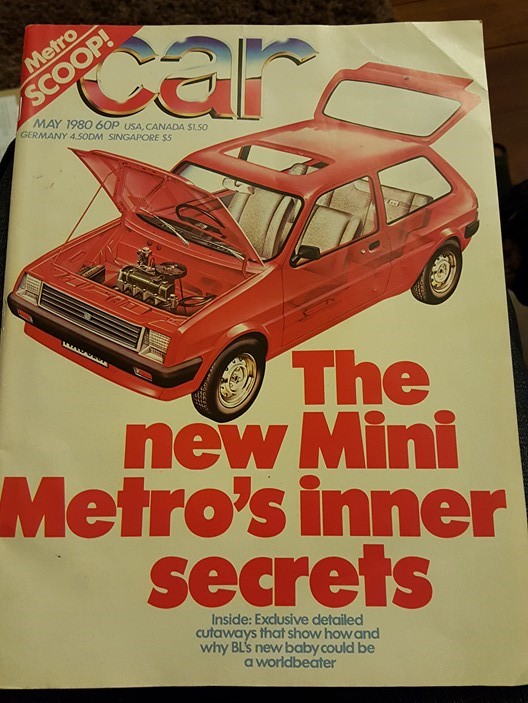 Anyway, let’s just say I remember that Metro fondly, but back to the reason why Shaun’s photo reminded me of it. Without bashing British Leyland products in particular, both the Allegro and Metro came from a period when car construction wasn’t always especially robust or safety-led, and I consider myself fortunate to have never suffered a collision in the Metro. On seeing the way in which the Allegro had crumpled in Shaun’s photo, I was reminded of the time I took the Metro in for its first MOT under my ownership.

I was informed by the mechanic that one of the front brake discs was dangerously thin, but that he could replace it for me that afternoon, so I agreed to leave it with him. I had left my jacket and bag on the passenger seat so I wandered into the garage to go and collect them.

My little Metro was still sat on a hydraulic lift; the kind that picks the car up on all four jacking points. The wheels were about two feet off the ground. I opened the passenger door, grabbed my stuff off the seat, and shut the door. Only it didn’t shut. It just bounced back open. I gave it a shove. Still it felt like something was stuck in the door; maybe the seat belt buckle? I checked. No, nothing there. I swung the door again, harder this time, but it still wouldn’t slot home.

Then it dawned on me: simply by moving the weight off the wheels and onto the jacking points, the body shell flexed so much that the door aperture had twisted out of shape. It must have been seriously out of shape for the catch not to line up any more (especially considering BL’s ‘generous’ manufacturing tolerances!) One final slam, delivered with a bit more purpose, saw the door close, accompanied by the jarring sound of metal on metal. Lovely.

This was the first time I ever thought about what might happen to me if I were to crash. The passenger compartment would itself be a crumple zone, incorporating the driver and any other unfortunate occupants. Even so, I was young, and the worry quickly subsided. I quickly returned to my favourite pastime of exploiting 101% of the little Metro’s limited performance, with scant regard for its limited ability to protect me in the event of a collision.

A few years and a couple of vehicles later, I was in need of a new runabout, when a very nice low-mileage Rover 114 GTa popped up in the small ads. That pesky nostalgia, combined with my youthful abandon, saw me purchase the little pocket rocket and spend the next year or so tearing around the countryside, still (wilfully) forgetful of the lack of crash protection inherent in its ancestry. 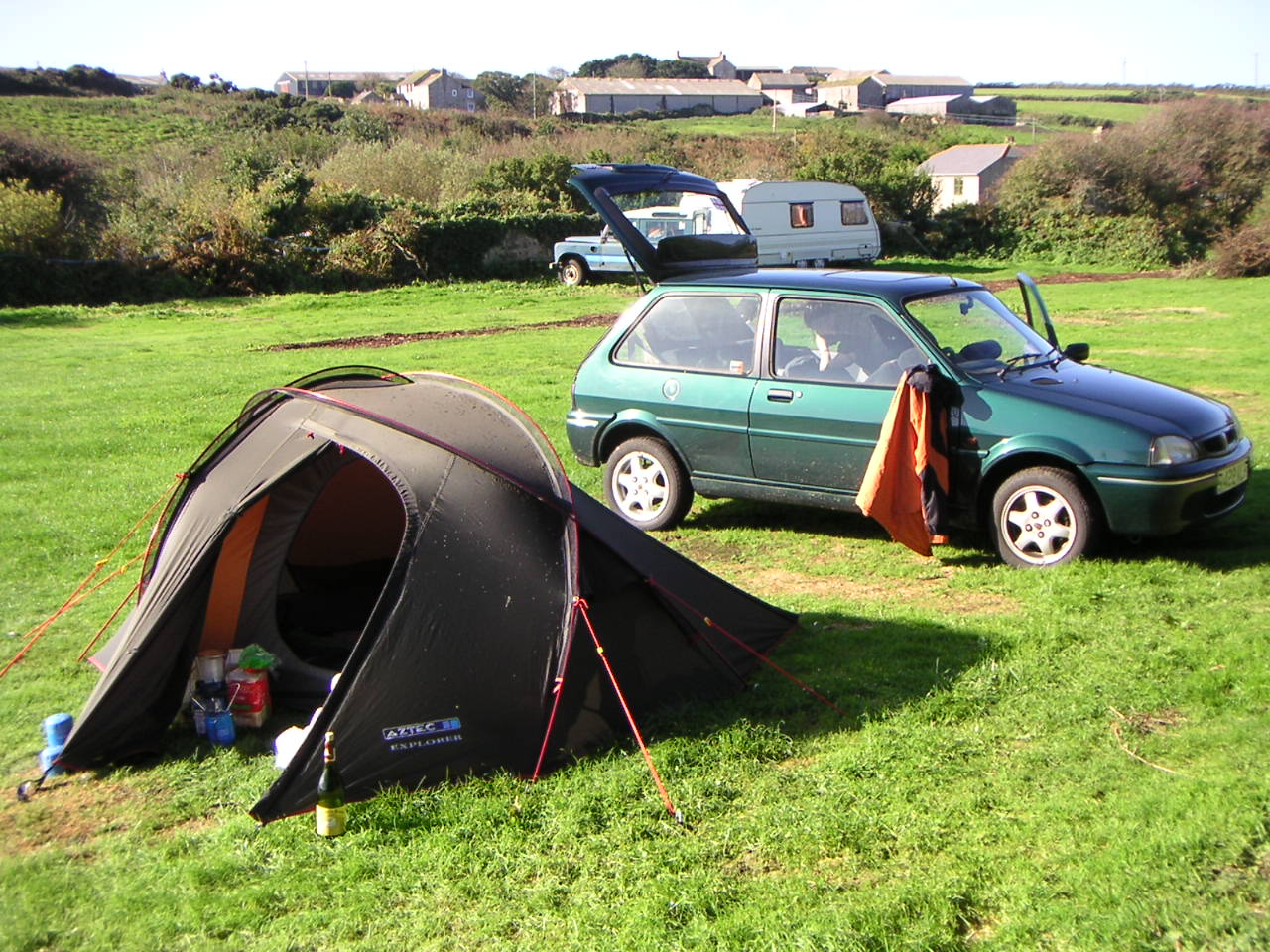 Last year, Euro NCAP celebrated 20 years of crash testing by running some comparison tests between new cars and equivalent models from 20 years previous. A 1997 Rover similar to mine was subjected to their 40mph offset frontal impact test and the result confirmed my worries about the strength of the Metro-based passenger cell: the footage is almost too horrendous for pre-watershed viewing. Even so, the car had received a 1-star rating under Euro NCAP’s standards at the time.

To put into context how things have moved on in vehicle safety, the latest Fiat Panda recently made headlines when it received zero stars under 2018 Euro NCAP standards, but essentially the same car had received a 4-star rating when tested in 2011. It’s worth noting that the top 5-star rating is now reserved for vehicles fitted with additional active safety systems, and the tests now involve specific components relating to the safety of child passengers and pedestrians too. Also, the Panda’s crash footage looks like a walk in the park compared to the old Rover’s, with the passenger cell remaining completely intact.

As it goes the seat and driving position in the little Rover 114 were totally unsuitable for me and ironically, in view of my young age at the time, chronic back pain eventually forced me to part with it. Perhaps a blessing in disguise, although like so many people, I still love to see ‘classic’ cars on the road and I’ve had others since. Vehicle safety really has come on in leaps and bounds since I was born but thankfully, having survived into adulthood, calmed down a bit and improved my awareness, I feel better equipped to avoid the nasty business of crashing in the first place.