It’s not every day you overhear someone recounting a tale of high-speed motorway driving, making contact with another vehicle at great speed, going in the wrong direction and seemingly being quite proud of it all.

I thought I was standing next to a hardened criminal until he mentioned that it was his colleague’s first pursuit. That was my introduction to the Police Federation conference.

I was asked to join Alan Prosser, IAM RoadSmart head of retraining, to help man our exhibition stand. We were there to promote awareness of our delivery of drink-driver rehabilitation and other driver awareness courses.

To tie in nicely with our newly released whitepaper on driver distraction, we decided to challenge visitors to an exercise in driving while distracted, within the safety of our Emergency Pursuit Scalextric set.

The challenge for participants was to drive for two minutes whilst being distracted by Alan firing questions at them on general knowledge, the Highway Code and road signs.

The person with the most laps and the most correct questions won. The leader board was calculated by Alan’s complex relative equation taking into account both their lap times and their successful answers to the quiz questions.

I think this was to stop people from taking my suggested course of action which was to ignore Alan (the distraction) completely and focus on the lap times: that would have been cheating. 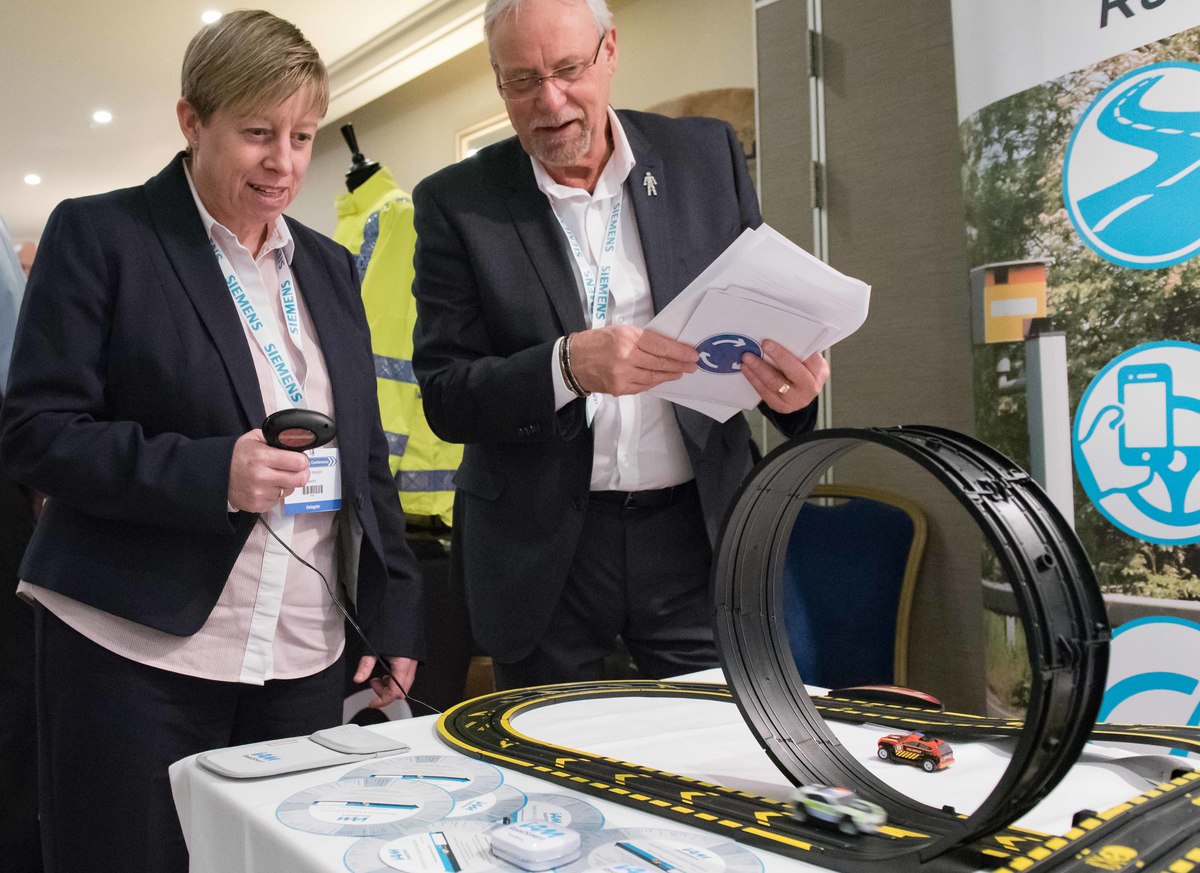 The prize for our top scorer was an RAC European breakdown kit. Embarrassingly, the leading position was held for quite a while by a representative of the RAC who was due to be visiting IAM RoadSmart HQ a couple of days after the conference, and we couldn’t exactly give him his own prize could we?

Thankfully he was beaten by one of the producers of the TV show Police Interceptors so there were no embarrassing awards of prizes produced by the winner’s employer. Hopefully he’ll never need to use it, but hopefully they’ll make any future breakdowns a less stressful experience for him.

It was very useful being able to engage with the delegates and other exhibitors, as they were all there for the same reason that we exist as a charity: to help save lives on the road.

Of particular note were Leicestershire Fire Service’s road safety team, who have created a brilliant virtual reality video system to educate young drivers about road risk. Their system has become something of a holy grail for road safety educators, and their work with FirstCar has meant that perhaps 80% of all the virtual reality content that I have seen delivered to young drivers has had their involvement.

I was also able to talk to various police forces around the country about their schemes for targeting young drivers and riders with road safety initiatives, and I’m hoping they’ll make for valuable contacts as I travel the country visiting schools and colleges.