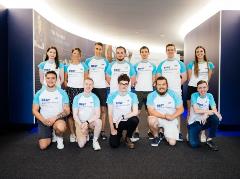 The UK’s leading independent road safety charity, IAM RoadSmart, has partnered with the FIA to send two British young drivers to represent their country, after a unique qualifying experience which culminated at the Williams F1 racing centre.

Two young road safety ambassadors, Alice Kettlewell (18) and Izaak Southwood (24), won the UK heats of the FIA Best Young Driver competition, and have now advanced through to represent the UK at the international finals in Madrid later this year.

The competition, which took place on 13 August, was designed to select the best all round young IAM RoadSmart member who possessed the most advanced safety knowledge and driving skills to compete against the best qualifiers from across Europe.

Candidates had to submit clear reasons why they were suitable, pass rigorous Highway Code and motoring knowledge tests and then demonstrate calm, confident, and safe driving on the state-of-the-art esport simulators at the Williams F1 training centre. The contestants and their guests were also treated to a tour of the museum at the experience centre at Williams headquarters, home to the F1 racing team, in Oxfordshire.

Steven English, Director of Esports at Williams F1, said: “We were delighted to host this event, in partnership with the FIA and IAM RoadSmart. Esports competitions are such exciting events, for both competitors and viewers, and as a sport it is growing hugely in popularity around the world. Being able to build key elements of road safety into a realistic racing experience through this event, the first of its kind, is something that I’m sure will open up many opportunities for drivers of all levels in the future.”

Winners, Alice and Izaak, are both active members of IAM RoadSmart. Izaak is a test driver who works in marketing for a hydrogen car company. He also has advanced driver experience through his role as a special constable with West Mercia Police, and he runs a YouTube channel about driving skills, road safety and car maintenance. 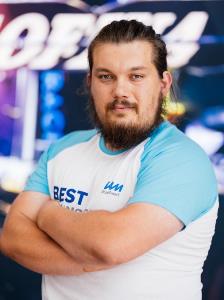 Izaak said: “I really enjoyed the esports part of the competition. I had never done it before, so I wasn’t sure what to expect, but my real-life driving skills and training from IAM RoadSmart transferred really well.

“I’m so pleased I joined IAM RoadSmart and was able to take part in this experience. I became a member after being involved in a collision with a sleeping driver in 2020, which took away my enjoyment of driving. However, through the training and experience of being a member of IAM RoadSmart, I have been able to rekindle my love of driving.”

Alice has been involved in driving from a young age. Since joining the Under 17 Car Club from age 11, she has already been tested on manoeuvring skills, off-roading, skid pan, first aid and rally driving before taking part in this competition. 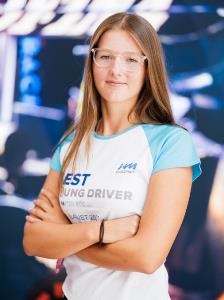 Alice said: “The event was really challenging, but I was so impressed with the Williams centre. I have never been in a simulator before, and was surprised about how low down it is. It really challenged my driving skills, but it is great to see the team from IAM RoadSmart exploring road safety in this way through esports. I think this would be helpful for drivers of all levels and would be a great introduction to driving.”

Neil Greig, Policy and Research Director at IAM RoadSmart, said: “It was fantastic to be able to run this road safety competition at Williams Racing, and through our partnership with the FIA, this is a great example of the kind of opportunity open to young IAM RoadSmart members. As the first event of its kind, we are thrilled with the outcome, and hope to run an even bigger event next year. We send huge congratulations to Alice and Izaak.”